A Fig Leaf Over the Crotch 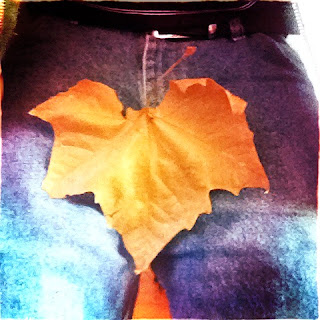 Here's a picture that packs a punch! Don't get too close or you might find out how literally true that is! Struttin', clickin' my fingers, an occasional thrust for good luck. The only thing I'm lacking is a stripper pole. And, dammit, I saw one at a garage sale just three weeks ago! But how does a 60-year-old man carry a stripper pole up to the lady with the cash box and buy it? It'd be like, "This guy's a pervert."

That's her opinion, obviously, since I already know how normal I am. It's exhausting to be so normal, but I don't mind it, since I get eight hours of sleep almost every night. Then the next day I'm back up, looking for new opportunities to express my normalcy. Which occasionally do include attaching huge leaves to my pants and taking pictures for the anonymous internet trade.

But there is an upside, no pun intended. As here, it gives me a little something to share with the lady readers of my blog. And a few of the guys I know. This is the kind of erotica I like, the best kind, leaving lots to the imagination. A handsome man covered only with his shirt and jeans and a well-positioned fig leaf.

I personally think modesty is very sexy. (I hope that's not "too much information.") It's better, in my opinion, if someone is modest, better, say, than just letting it all hang out. And in my case, to be wearing underwear in addition to blue jeans and a fig leaf ... what could be more modest than that?

That's one of the biggest thing I remember from church when I was a kid. How Adam and Eve each had fig leaves over the pertinent stuff. Adam with one big leaf, Eve with three. At first they didn't know they were naked, then when their eyes were opened it occurred to them. That's pretty damned modest.

Maybe what I need to do is parley the anonymous internet trade spoken up above into a money-making enterprise. Get subscribers to see my latest leaf. Video it and make my thrusting somewhat more interesting. Different colors of pants. Spandex or my jogging suit that I use for pajamas. Anything for a buck, as long as it adheres to my modesty and normalcy, of course.
Posted by dbkundalini at 9:15 AM