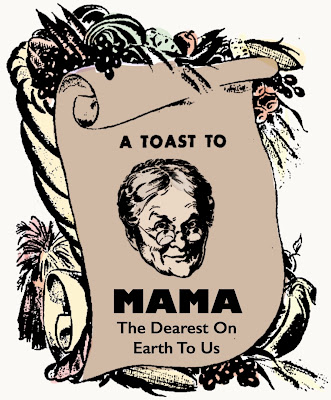 We might've rioted -- I was personally that close to gutting that particular waiter, and Brother 3, with his greater familiarity with Mama and the over-protective nature he'd nurtured, looked like he was daydreaming of a noose for the head cook. We would've hung him high right there over that very table had Mama not stepped in, saying, "The waiter is only doing his job, beloved family. And he's right. You started in praising me, your Mama, and of course I appreciate and love each one of you always, but in the sentiment of the moment we were all carried away. So let us get back to our meal, dear ones, because as he said, and he was right, "This is Thanksgiving, not Mother's Day."
Posted by dbkundalini at 7:00 AM