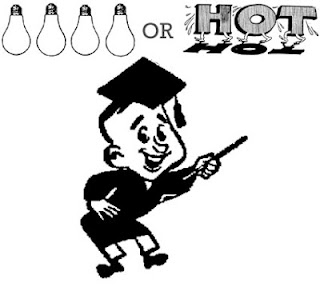 There's an old question that's always bugging me, What is a genius? I'm sure Webster has a definition, but I'm too lazy to look it up. Instead, let me kick the question around the room a while and see what happens.

I'm in luck, because an old adage is coming to me, that, "Genius is half inspiration and half perspiration." Which might be half true, but which half? So that gets us part of the way. Inspiration means you're getting your smarts from mysteriously sourced flashes, flash cards from on high. Perspiration means you're working, working, working, poring over books, thinking over the evidence, and gaining knowledge the old fashioned way. Grit, fortitude, thinking over profound truths, while your dad tells you to get a job.

Is it conclusive, then, that genius comes from inspiration and perspiration, or is it one or the other? Let's just say it's so. It'll save us time.

When I think of genius, I think of Ray Charles, and how he had a bunch of album titles: "Genius," "Genius Strikes Again," "Genius of the World," and "Genius to the Nth Degree." Whether Ray ever knew about these albums, I don't know. I'd frankly be embarrassed were I him. I wonder, Was he a genius? Or did he just have one of the peculiar advantages that goes with blindness, everyone leaving him alone, with time to get really good at music? That's the only area, as far as I know, that he was a genius, so that'd be perspiration with an inspiration chaser.

Beyond Ray Charles, there's Beethoven, another musical genius, who became deaf, and Albert Einstein, who was really good at science. Could I have been a genius at science? Maybe, but I didn't have inspiration or perspiration. I didn't care for it. And even though I care for it now, it's tough to catch up. You either generalize or specialize in science, which is beside the point when you're as far behind as me.

Since we're talking about me, what kind of genius would I rather be? Inspired or perspired? If you're inspired only, there's not much there to be proud of. But I don't really think you're going to be completely inspired. What's the basis of it? You're just born with genius? But say your brain is totally, like, good. It wouldn't take that much perspiring. Like cars. You could be a '70s clunker or a new Jaguar.

But, given the choice, I think I'd rather be a perspired genius. Then I would know I personally brought it on, more or less. Yes, I would've started out with the greatest equipment -- a fully functional brain -- then added to it, reaching terrific conclusions, like the Scarecrow.

Conclusion: So I don't have to study the issue endlessly and never reach any definitive conclusions, I think it's best to just leave the old adage alone -- giving a nod to the 50-50 inspiration/perspiration claim. I will simply continue appreciating and feeling deep jealousy over the works of geniuses. While still being smart enough to make comparative halfwits envy me. You know who you are.
Posted by dbkundalini at 9:38 AM