Help Me Beat My Brother Blogging 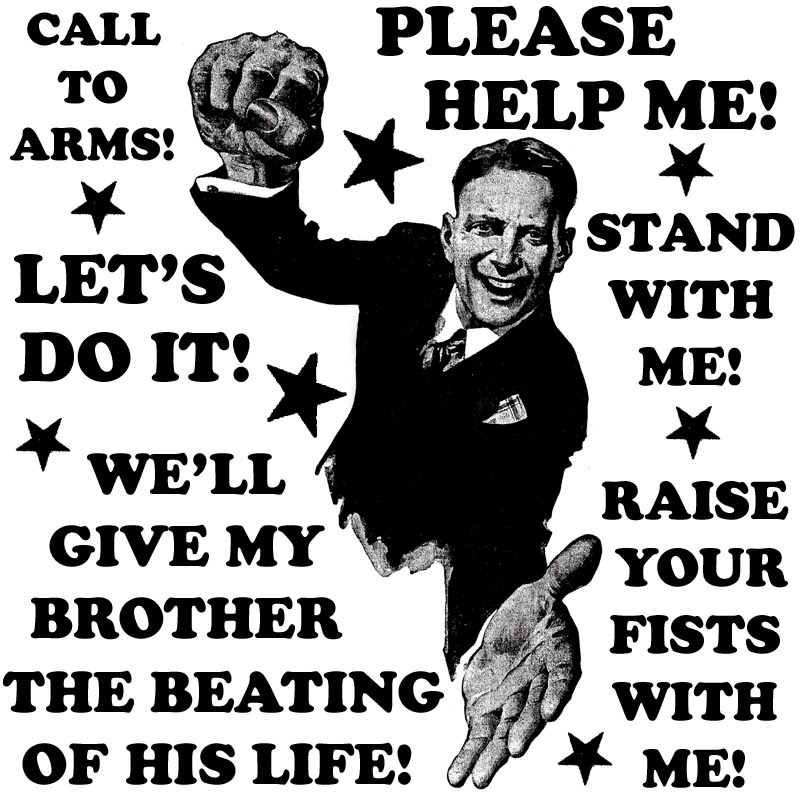 I recently heard about one of my brothers, that he too has a blog. And it seems that he's been in a "friendly competition" with me without telling me. Meaning, of course, that I've been taking it easy while he's been going great guns. It all comes down to hits and popularity.

Well, I just happened to catch wind of this when one of my nephews messaged me on Facebook, and in the course of everything else he had to say, mentioned the existence of his dad's blog. And that he was "catching up" with me. You can imagine how I felt. Of course I was floored. First, I had no idea that he was blogging; that much in itself was a total shock. But worse was the strange, weird news that he had made the decision, secretly, to surpass me in hits. Talk about devious!

Shouldn't it go without saying that he should've told me he had this in mind? I mean, I'm all for competition, really as much as anyone, but I want to know there's a competition going on before I end up being surpassed. Once I'm surpassed it's a little late then to tell me. How nice is that? Leaving me in the dust before I even know he's there!

It goes against our history, as is typical with brothers. Even though we don't see each other much, we're still tight. At least I thought we were. The history was like this: We were competitive growing up, and he was quite capable. I am the oldest, so I had to trail blaze where there was no path. Once I had the path well blazed, of course it was a lot easier for him coming up. So, I'll concede, he had some abilities beyond me, having had the easier path. But when we competed the other person knew it.  None of this sneaking around.

So that's where we are. I don't know what else to say except I'm speechless. And getting a late start toward the overall goal of holding my lead and hopefully increasing it. I've seen his stats and they're pretty good. I'm tracing all this back to the time I was mysteriously unfriended on Facebook. It went like this. We were friends on Facebook and he was posting regularly. Then suddenly his posts became fewer. I thought nothing of it. Then they were nothing. But he'd simply unfriended me, leading me to think nothing was going on! I never dreamed he'd lure me into complacency, then unfriend me, all the while going for the upper hand!

Now, today, what I'm asking from you -- and I know I have 8-10 true readers on this blog, in addition to the thousands of casual riffraff -- is to read my posts. Even if it doesn't look that great, click on it and do your best. I believe you'll be pleasantly surprised, as I don't have a reputation for writing crap. Unlike ... someone I know. (I'm not actually reading his blog. But I've heard from various family members that a lot of what he's doing is writing about some of his trips abroad on business. For example, he was in Gibraltar, an island in the Mediterranean, for a couple days, but writes about it all the time ... the monkeys they have over there, the beautiful gardens, and of course their language, Gibrish. More power to him ... that'll only take him so far!)

What I really want -- what I need -- is to win this competition, and maybe if I do he'll become so dispirited that he'll simply give up, leaving the field open for me to represent the family in blogging, as I believe I was meant to do. He can carve out some other specialty, such as collecting postcards or whatever. Surely he picked up a few postcards in farking Gibraltar, he loved it so much. We can oooo and awww over his dime store treasures and he'll feel just fine.
Posted by dbkundalini at 7:27 AM