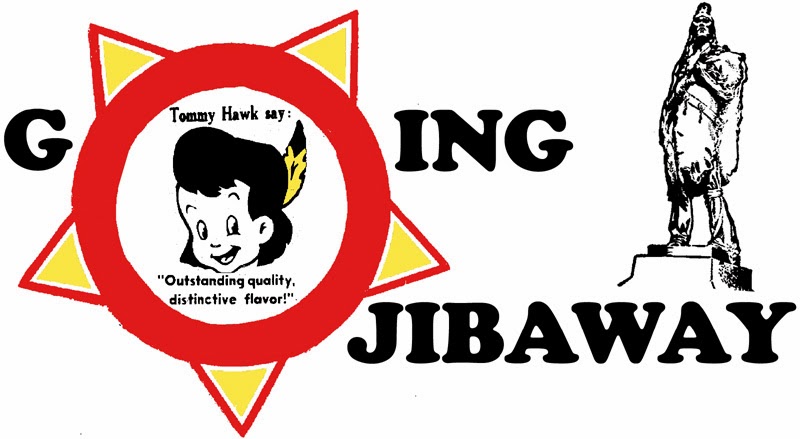 I heard the call from the shower stall two stalls down, "Ojibaway! Ojibaway!" Two things about it: 1) I didn't need three guesses to know what was going on; and, 2) I knew he'd be dead by noon. Another non-native Gone Ojibaway, sad.

And yet there's always the temptation, as I well know. Forbidden fruit, etc., trying to be something other than what you are. We've all heard the mythology that the Ojibaway are the studliest guys in the world, and they are inarguably culturally well-endowed. Who wouldn't want to be Ojibaway, if only for a day? Struttin', secure in yourself, always on the move, on the prowl, luxuriating in the wildest things, and taking names and kicking ass, and, of course, carrying out the terrible ritual murders of those who've Gone Them.

I for one have always taken pride in my own personal restraint. Naturally, I've been very tempted. But when it comes to temptation, by and large I simply keep it to myself. I don't make the various moves you have to make to make fantasy reality. I'm afraid of lots of things in life, and it's this constant fear, while taking away some of my quality of life, that has at least given me quantity; I'm busy getting old, always looking out for even imaginary dangers. But what goes on behind closed doors, as far as I'm concerned, even in hot showers, stays there, hidden and steamy wet. If I can get in on it, I'm very careful ... picky and choosy.

Likewise, I'm always amazed at the vast number of stupid guys who don't share my caution. And some of them, the ones I've known, I thought were a lot smarter than that. This one guy, whose white guy name was LeRoy, and whose Ojibaway name I don't remember, one day Went Ojibaway ... and that was it. We gathered at the funeral home and no one said a word about it. It was also the unspoken word -- the O word -- at his grave site. The only reference to it at all was the sudden appearance of a mysterious bloody feather atop his casket.

I'm sure I don't have to tell most of you, the Ojibaway don't mess around. Once you Go Ojibaway you don't go back. Because the Ojibaway are just that fast. They're on you like a ton of buffalo. Knife to the throat, knife to the back, knife to the heart, and a bit of poison in each ear. And speaking as one who's had plenty of ear problems, itching, I'm very worried about Ojibaway poison.

No, no, no, none of it's for me! Would I like to experience those few hours of ecstasy? Of course I would! But I'm very strong, as I said, and I do not give into temptation. That's why other guys like me are falling like flies and I alone continue on.

So beware ... Beware indeed! ... The Ojibaway lifestyle -- with amazing powers and satisfaction that just don't quit -- is uniquely for the Ojibaway who are Ojibaway by nature. Anyone else foolhardy enough to mess with it, schittttt [gesture and noise of your throat being cut.]
Posted by dbkundalini at 2:31 PM