The Women Who Loved Them 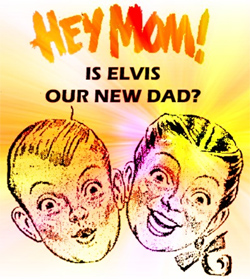 Looking back over my life, I guess I was a complete innocent. I didn't know the first thing about anything. I was in a kind of cocoon without even knowing it. Apparently nothing would ever wake me.

Then 75-year-old Tony Randall married a 25-year-old woman and my eyes were suddenly opened.

Remember that starlet who died a couple years back? I'm drawing a blank on her name. Big boobs. She married an old guy, 90-something, who made a prune look like a peach. Of course he died soon after with a smile on his face, a big bright smile, nothing but wrinkles and gums.

So it started with Tony Randall. And maybe their respective ages had something to do with it, why it woke me, 75 and 25, because you don't have to know much about arithmetic to see he was three times her age. He was virtually over the hill when her dad was first winking at her mom.

Since then I've heard many other tales, including a star just recently, someone I frankly hadn't heard of before -- and I'm not proud of my ignorance, that's just the way it is -- like in his 50s, who married a 16-year-old girl. Say what?! Don't guys like that have to live at least 2000 feet from a school? But he got an exemption because he's a TV or movie star.

When you're well known like that, everything's possible, including really stupid stuff. Like the way it was with Elvis, girls scraping the dust from his license plates. I'll say that again slowly: dust from his license plates. LOL. I don't know precisely what you'd do with it. Keep it with the toenails you found in the trash, maybe. Although a toenail might be useful, like if you wanted to clone Elvis. But you can't clone a car from dust. Heh, what if you had a toenail from Elvis' trash and tried to clone Elvis and ended up with one of his hangers-on? He'd be like, "You brought me into this world, now buy me a car!"

As far as the actual Elvis, it's hard to believe he had any trouble finding women. He just flew auto pilot and they were all over him. It was a combination of his good looks and his incredible popularity and wealth. Then he died, and it makes me wonder what all the ex-girlfriends were saying, "I knew him when..." Knew him for a single night in Vegas! "Tell us the story again about you and Elvis, Grandma..."

I was at a concert by Wanda Jackson and she told us all she had a romance with Elvis, that she was one of his first girlfriends. She mentioned them kissing but didn't say anything beyond that. And coincidentally her actual daughter and granddaughter were in the audience. She gave them a shout-out. They didn't look anything like Elvis, in case you're wondering. As for me, she dated Elvis? I immediately went outside to scrape dust off her tour bus.
Posted by dbkundalini at 1:54 PM