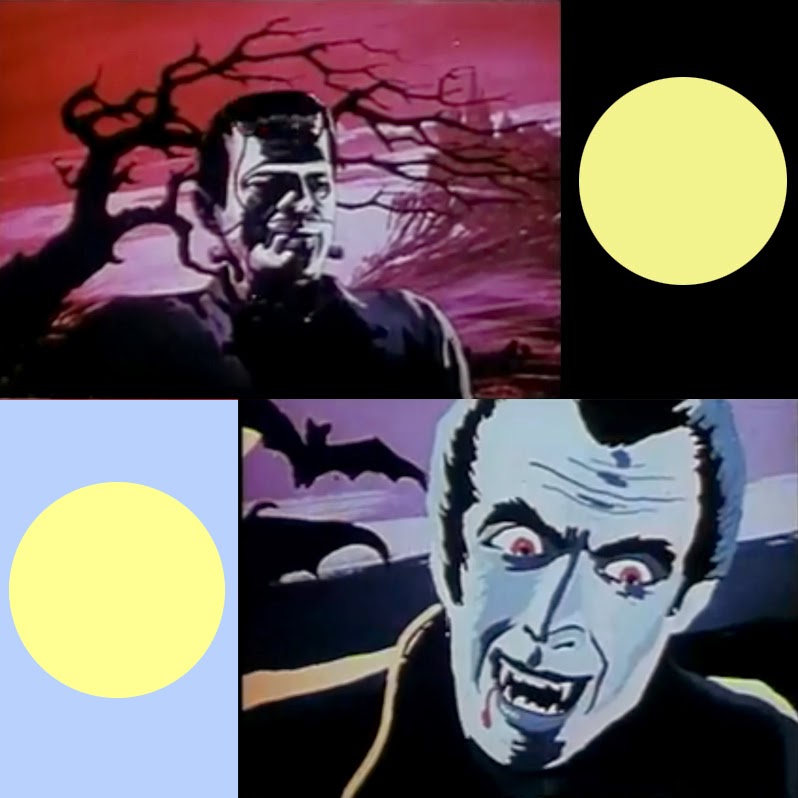 I've been diligently reading some very good esoterica stuff, alt literature, alt thought, alt reality, and alt non-reality. It's really done something to my thinking. Like with conspiracies. At the worst times of the day, everyone's out to get me. Then I recover and realize no one's out to get me. I get so lonely I can barely stand it. Here I am! Someone somewhere, anyone out there?

One of the things I've focused on is the reality of the classic monsters. These are the guys I grew up watching, and idolizing. Dracula, blah blah, always wants to drink your blood. And Frankenstein, the big guy, a man of few words, made of the parts of dead folk from the area. Who exactly started out with his head, I always wondered. One other classic dude is the Wolf Man, whose plea to the director had to be, "Don't forget my face," hence the closeups of him in swift transformation. I should mention the Mummy, although I hate the Mummy. My proclamation, first made at the tender age of 15, remains accurate today: "No one's yet made a decent Mummy movie!"

I'm not afraid of what anyone says about me when it comes to monsters. I not only believe they're real, I know they're real (except for the Mummy). They have to be real, they're so monumental, you might say Universal. I'll make another proclamation: "If they're not real, show me the proof. I'll never believe it!" So you can see, I fit right in ... in the esoterica subculture.

What I'm writing about today has been a growing concern of mine ever since I heard of the world's various environmental crises. My first question is, How will all this affect the classic monsters? There's terrible things happening. The melting of glaciers, the collapse of ice shelves, enormous volcanoes, La Nina (El Nino), near-miss asteroids, tectonic shifting and earthquakes, tsunamis, rising tides, Antarctica calving in half, a thinning ozone, sunspots, higher bacon prices, solar flares, and the alternating of night and day in unpredictable ways. I'm very concerned, in a panic. If I had one wish, it'd be that the Industrial Revolution had never happened! If not for my own safety, then the monsters'. I have a feeling they're screwed.

Part of my concern finds its roots in daily meditation. When I started meditating, the intention was to enhance my life, make me a little more clearheaded. Well, to say it worked is a huge understatement, because I'm so clearheaded now it's ridiculous! It's come to my clearheaded attention that the monsters aren't handling it well. They're like us, only more so; they need a predictable constancy in life. One big constant, as far as they're concerned, has to be the regularity of day and night. Instead of what we've witnessed in recent years, the sun and moon unable to maintain themselves in their circuits. With the coming and going of day and night being unpredictable.

It's too much. Dracula, to cite one obvious problem, can't even come out but at night. A few more slip-ups and he's a goner. He shows up, let's say, he's about to bite someone, drink their blood, trying to keep body and soul together (nothing wrong there), when the plates of the earth shift, the sun pops back to life and drives away the dark. It scares the devil out of him. He can't cope. He has to take cover. In the transition he loses massive mojo. No one benefits. As for Frankenstein, with his monstrous shape and need to be hidden, he prefers night. And the Wolf Man, it's hard to know you've got 5 o'clock shadow when you go directly from noon to midnight. The Mummy? Who cares...

All the old fashioned things of nature, if scientists can somehow get them back, we will be so grateful. I myself need regular biorhythms, dependable sleep cycles, breakfast at the same time every morning, and all the rest. I'd guess you do too. If that's so, doesn't it stand to reason that it's ten times worse for monsters?
Posted by dbkundalini at 4:45 PM