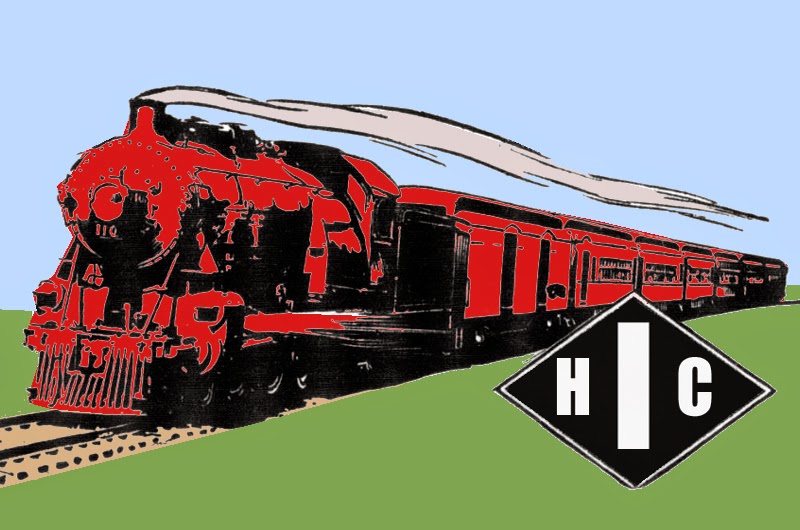 It's probably true that most folks like riding the scenic cruise trains you see around the country. I've found it's a good relaxing time for an old guy like me, not given to too much excitement and preferring to take it easy.

We've come a long way since the hobos rode the lines and had to sleep under bridges in hobo jungles, scarfing mulligan stew and fighting for every bite. Now they bring us a lovely three course lunch, starting with the salad and bread, then steak/potatoes/veggies, whatever, then the dessert. All the times I've ridden, I've never been hungry enough to beg from passersby afterwards.

Something they have plenty of now, as well, is alcohol. And some of the folks (not me) get pretty lubed. The last time I was on board there was a party of six, three women and three men, and the men were completely lubed. Bubbling over. And carrying on, too, pawing their wives. One of them even saw me -- a gnarly 61-year-old man -- in the vestibule, the space between cars, and thought I was kind of cute.

Shortly after, my having eluded him and maintained my virtue, we were back at our tables in the dining car. I sipped a Coke and these guys were enjoying spiked coffee, topped with about three inches of alcohol-enriched foam and even a cherry on top soaked in whiskey for six weeks.

The real fun came, then, when the guy who runs the train line came out to narrate the more picturesque sights along the way. These guys, still running up their liquor tab, were generally well-behaved, but with those unfortunately loud, involuntary "HIC!" noises more common in taverns. The train guy was trying his absolute best, but I could see a look of frustration on his face, being so rudely interrupted as he was.

Going down a steep incline, the train guy started in again: "Ahh, the majestic Valley of the Kings!," he said approvingly, "who mystically appear at the fog line whenever--" "HIC! .... HIC!" That was one guy hiccing twice, and his wife gave him a major league jab in the ribs. That led to laughter from the other guys, which degenerated into their own "HICcing" fit. I'd actually forgotten the Valley of the Kings was anywhere near here. Now I'll have to look it up, what causes the mystic Kings to appear and where precisely. Because the train man didn't get it out.

Soon we went around a beautiful curve, supposedly the biggest curve in the world since Ethel Merman's death, and there was shimmering Lake Diamond, home of splendid magical jewels that are gathered on the beach by true believers, if your heart is certified properly righteous. The train guy started in, saying, "And here is shimmering Lake Diamond," then abruptly gave up mid-sentence, anticipating a loud chorus of "HIC! HIC! HIC! HIC! HIC!", all three men going at it in discordant guttural belches. The train veered around a corner, leaving Lake Diamond out of sight.

It went like that, then it was time for Happy Hour, before pulling into the station an hour later. I watched the wives leave with their husbands staggering toward their cars, and with my hand over my lips, emitted a tiny, silent HIC of my own. One little drink at Happy Hour.
Posted by dbkundalini at 10:49 AM