Santa Claus Was the Christmas Star 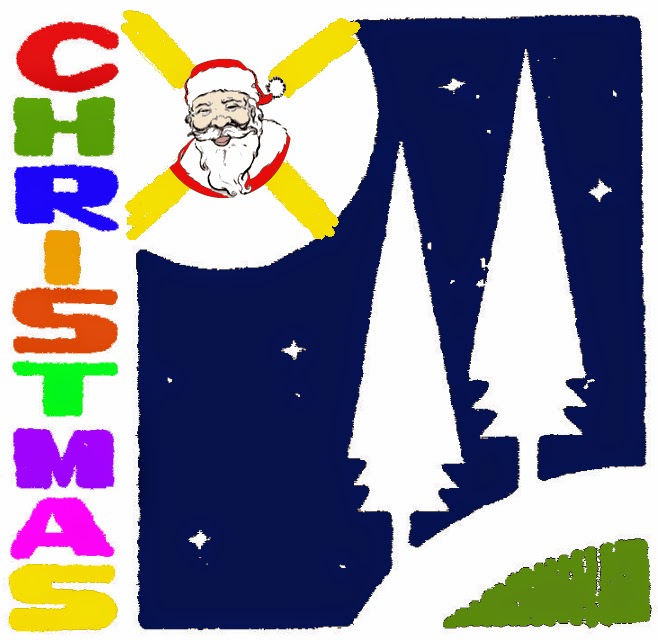 All of us have suffered the same tired discussion every year for the past 2,000 years: What's the truth about the Christmas Star? I hesitate to even mention it -- beating the same old dead horse -- because most of us turn it off at the first breath. Even now I feel queasiness coming over me. And it always ends inconclusively, because, whoever it is -- scientists, theologians, pastors, Sunday School teachers, even your parents -- it always ends the same way: "We'll never know." Doesn't that just make you sick?

In fact, they come pretty close to saying there wasn't even actually a Christmas star. They point out, rightly, that with a simple sky-view app, we're able to see precisely what the stars in the sky were like on any day in history. According to this, there wasn't any unusual star activity on the first Christmas. They tell of various conjunctions of stars on different dates, but none of them are quite right. Especially if you factor in the Wise Men (Magi), following a star that eventually pointed to a particular location!

I can't believe I just belched out a whole paragraph on this. That's how queasy I get. Because I've been saying for years that the star was actually Santa Claus. When the story says it was a "star," of course we can take that a couple different ways. Santa Claus is a major "star," right? He's even one of the "stars" of Christmas, is he not? I'm saying that's what the Bible meant. 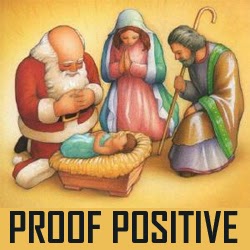 A couple things here. You might say Santa wasn't even around in the days of Jesus. I beg to differ. How many times have I seen authoritative artwork showing Santa Claus bowing at the manger? Yes, they have an agenda when they put those pictures out, trying to detract from Santa and give greater prominence to Jesus. The agenda, unmistakeably, has to do with how Christmas has become commercialized. Which wasn't the case way back when.

But the pictures tell me something different: Santa was there! How did he get there? Isn't it obvious? Hello? His sleigh? The brightness of his countenance (let's say), and the leadership of Rudolph ... It had to be a magnificent sight in the sky of the ancient world, before electricity, when nights were extremely dark.

It's no great shakes to answer how Santa knew about Jesus. If he knows every boy and girl in the world, what they're doing when they're awake, when they're asleep, when they're bad and good, how much more is he going to know Jesus! The very guy who would go on to compete with him -- head to head, mano a mano -- for Christmas supremacy. I'm sure they got together as the years went by, trying to hammer out who would get what, which one would get the fun side and which the serious side. That's how it should be done. Like in the circus, you've got clowns and regular people. Or TV, cartoons and documentaries.

In my opinion, I'd much rather it was Santa Claus than an actual burning star. An literal star, if it got too close, would fricassee Christ and completely obliterate the earth. You don't mess around with stars. Our sun is a star, 93 million miles away, and look at the damage it does. But Santa Claus, being a person, whatever star quality he has, gives things a personal touch. He can rip across the sky, leading the Wise Men, then double back and make sure they're not lost. When Herod goes out to look at the star, he can be hiding in an alley. Then back up! And most importantly, he can hover right above the stable and point to it without fricasseeing anyone.

I'd love to sit down with Santa and get his take on this stuff. Wow! To think, all those years when I was a kid, I was in the same house with him. However briefly. But always asleep. There on my little bundle of straw, my parents standing on either side of me, looking down, with sheep, donkeys, and cattle lowing. Waking up to the Little Drummer Boy, who back then was my parents' paperboy. We don't have paperboys anymore; now it's just a guy tossing it from his truck and roaring off.
Posted by dbkundalini at 5:44 PM