Why Exactly Did We Forgive Japan? 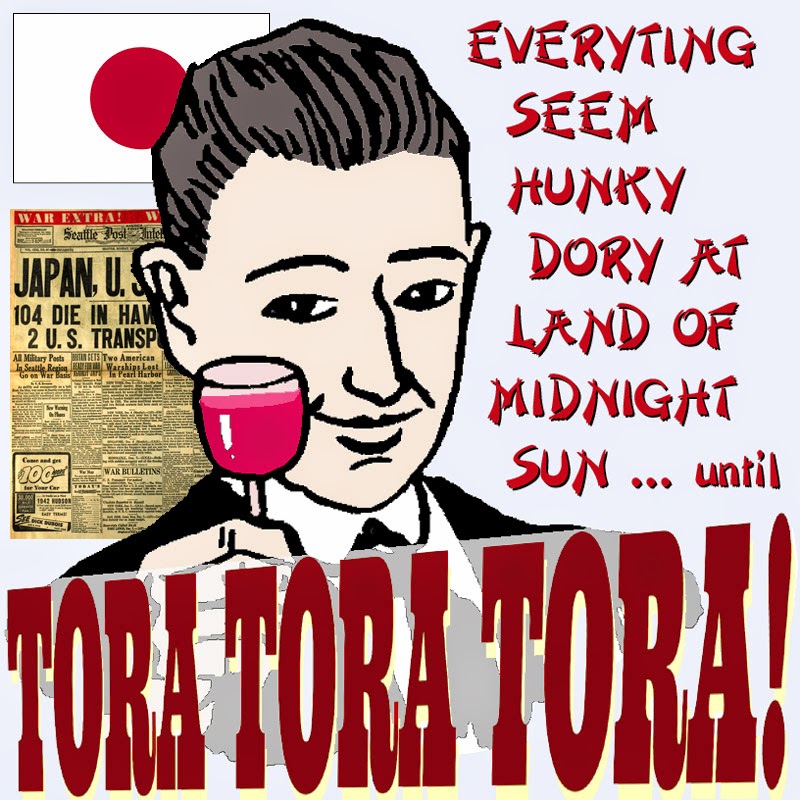 I'm normally quick to forgive people their faults and sins. I know I've done a few evil things, like one Thanksgiving I ate way too much pie. I did it, I wasn't proud of it, but after a time of penance I forgave myself. I believe others deserve the same consideration.

But what about actually being at war with someone, even a World War? Is that not at least arguably worse than overeating on a holiday designed for food? I think it is. In the case of World War II, and America's war with Japan, you've got outright treachery at play, then all the sorrow and suffering that went with it. It's still something that brings a lot of grief. I saw an old guy at the memorial reliving it just this year. He didn't look reconciled.

I hadn't seen Tora! Tora! Tora! since the early '70s, but saw it again the other day, the disaster now streaming on TV on demand. Japan's Original Sin against us can never go away. We're forever waking up on December 7 -- if we're in Hawaii's time zone -- to the coming of planes in a sneak attack for the ages. It's gut-wrenching. There's also the movie The Final Countdown. Kirk Douglas goes back in time, thanks to a weird storm at sea, and is about to take down the Japanese before they can attack. Unfortunately, the storm reappears and he's back in 1980, having not changed a thing. That tells me the Japanese were damned lucky.

A bigger take on it is to conclude: The only way to prevent Pearl Harbor is ... there's not a way to prevent it now that it's happened. All we can do now is what we originally did, go to war against them, destroy them, then hold a grudge forever. (We're not forgiving Al Qaeda anytime soon!) What we actually did is only half good. We went to war and destroyed them, but then we promptly forgave them. All I know is I was born within 10 years of VJ Day and my first toys were made in Japan. That's not right.

Is my argument, then, against my parents? I hadn't thought of it, but maybe so. They either bought those toys or allowed someone else to. I didn't buy them myself. These are the same parents, by the way -- speaking of my mom -- who taught me, "Once burned, twice wary." Wonder why she was such a huge hypocrite, applying that teaching to me swiping cookies from the jar but allowing the Japanese complete leeway. She and Dad are both gone now, so I'll have to work out this mystery myself.

Probably they were simply going along with the rest of society. It's hard to buck the trend. They thought, "Japan's destroyed, they're tamed, they're under control." We occupied them for a while -- my mom collected "Occupied Japan" nicknacks -- then turned them loose, to be as duplicitous as they wanted, if that's what they chose. In the '60s, Japan sent us crap. In the '70s, it improved. In the '80s, we couldn't keep up with them. Our stuff was crap, their stuff gold. "Who won this goddamned war anyway?" my grandpa might've asked, had he not died in the '70s. He talked like that.

From where I sit -- not able to see past my personal horizons -- it's only a matter of time... As far as I know, Japan's already amassed enough weaponry, force, and the will to use it to pay us back big time. I hate the thought, but in a way the comeuppance would suit us, having forgiven them and ignorantly trusted them. I never liked Reagan, but I like what he said, "Trust but verify." As it turns out, the Land of the Midnight Sun somehow has light for their path and it's us who dwell in darkness. It's all something for future generations -- if there should be any -- to contemplate.
Posted by dbkundalini at 10:12 AM