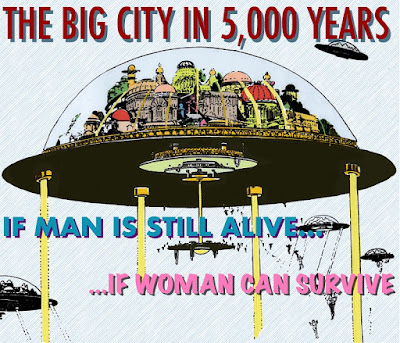 I'm well into my second calendar year as a citizen of The Big City. Impressive! The last half of last year, the first few days of this one, I'm a homeboy. So I know very well how things go here. The average guy uses most of his effort watching out for what's his. Fences, padlocks, chastity belts, and all at a premium. But you have to pay it, if you want to see tomorrow, and a good belt's always worth the extra bucks for everyone’s piece of mind.

I'm personally not cooped up at home all the time. Especially when it’s warm, I’m out everyday, scrounging for cans and hitting the salvage metal yard about once a week. That takes me some interesting places. Parks, alleys, dead-end roads, behind old buildings, around thick trees, foliage and weeds where some homeless guys hide, etc. I see rundown conditions all the time, boarded storefronts, graffiti, and illegal dumping. I can get you a decent mattress, but they've all been repeatedly rained on. And couches. Leading me to ask, Why do they always mangle a couch just before dumping it? I forgot to mention tires. Tires everywhere!

Today I was buzzing around under an interstate bridge and it made me wonder: These great highways, how long will they stand? The beams on the bridges are thick, like they've got eternity in their sights. But it’d only take about 40 years neglect in certain places and the whole thing would tumble down. Stopping traffic, leading to congestion, and honking drivers, angry as crap. What’ll the interstate be like in 2-3,000 years?! Depends. Whether we're taken over by terrorists who have one redeeming quality, they like good roads. Or terrorists who are such sadists they don't care what the roads look like. Maybe they're from India. Or just split the difference, a few who like roads, a few who don't.

What about 5,000 years? Who knows? I heard that time I’ll die when I’m 85, and that’s now only about 20 years. I'll barely live to see anything. And I'd love to see bacon under a dollar a pound. It used to be! Oh, yes, we assume the price was always stuck at 4 dollars. But back when minimum wage was $1.60, bacon was cheap cheap cheap compared to today. For that to happen now, though, it'd take another Great Depression, a depressing thought.

If we could skip ahead 5,000 years -- I wake up like Rip Van Winkle -- I'd be sure to check out the progress. What would I see? I see about a 80/20 chance of a dystopian future. With an ice age. And most people living underground for the insulation. And so much ice, it's Ice Road Truckers conditions everywhere. Interstates were buried long ago, trucking costs are cheap because they're driving over frozen lakes so thick they never thaw. Pigs are raised underground, there's no pollution from slaughtering them since everything instantly freezes. People need bacon for warmth; it builds muscle mass; so it's not cheap, about $15 a pound. The national headquarters of the Pork Producers is also in the White House, for national security, and Pennsylvania Ave. has been renamed Hog Pavilion Pathway.

As for illegal dumping, nearly everything is now kept, for warmth. Those old mattresses you always see, big stained wet messy ugly things, are prized possessions in 5,000 years, because you can lean them up against doors and easily keep the temperature just below freezing. Wood barely exists; the tree line and temperate zone is about 20 miles on either side of the equator. People steal, kill, and sleep around, of course. But they usually freeze to death, so justice still prevails.

The other scenario is that global warming turns out to be true. After the Ice Age, instead of freezing, everything's thawed out all the time. And bacon can't be adequately shipped or stored, so it's very cheap. The bad news is you literally have to live within a couple miles of Hog Pavilion Pathway, still the national headquarters, now at the equator, to get it and enjoy the bargains.

The Big City in the above graphic is a time during the warmer era, a time of peace and security at the equator. But it lasts only briefly, until the rest of the non-bacon eating world gets wind of it, floods the zone, and tears it all down. "Throw that in our faces, will you? Your cheap bacon and flying store to store in airplanes to get it, you bastards!" is a common complaint. Their hero, an conscientious agitator writing a righteous blog very much like this one, stirs up passions and they tear the whole thing down. The whole idea of chastity and belts is forbidden. It becomes a very nasty world, making me happy to have died before I ever lived to see it.
Posted by dbkundalini at 6:17 PM