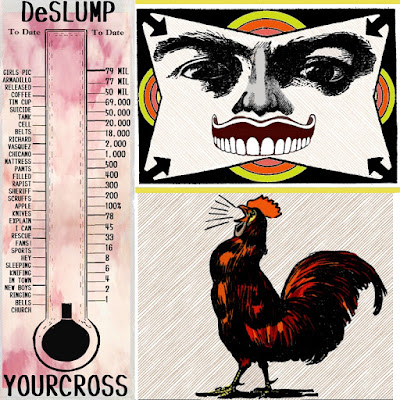 It’s been quite a month and it's just getting started. I’m overwhelmed by the size of the task ahead. And while I’m getting good help from a few folks, it’s been hard to consolidate my gains. This is a global effort with various time zones, languages, and the strange native dress of people half or twice my size. I’m starting to feel the weight of the world. I could use the word "crushing" to describe it. Because the world is overwhelming, huge, and round. I heard some people say the earth is flat. It can't be because I'm getting feedback. People contact me and 24 hours later I hear it.

But I had to take a break, a day of rest and relaxation. Yes, the pace continues on, unrelenting, since it's always 24 hours later somewhere! And it’s dizzying trying to keep all the chores that need to be done in context. Remember the time I fell and lost part of my memory? I’m feeling that again, and it’s enough that I had to seek assistance. I called the hotline at “I Need Professional Help” and they set me up for a couple sessions with Dr. Vector.

Dr. Vector is quite a guy. He has a look like someone who couldn't possibly care. But right away he makes you feel comfortable by constantly rolling these Chinese metal balls in his hand. His voice is sort of a whirring metallic sound, which I’ve heard either grates on people or they’re comforted by it. I happen to be comforted to the point that, combined with his whirling metallic voice and the metal balls lightly clinking in his hand, I’m hypnotized and they could do brain surgery without sedation. His eyes, so peaceful. He's got a little pouch of baby fat. His other features are unusual, admittedly, but somehow probably explainable by the vagaries of evolution. He’s one of a kind.

But a man is more than his looks. He’s got an education for one, since he calls himself a doctor. And an office and a beautiful wooden desk and, my favorite, big comfortable chairs that you can adjust however you like, with a wooden handle at the side and a place for your feet. If you want to rest your legs or actually prop your feet up and keep your knees sharp in the air, you can!

We’ll be working on my spirit animal. That’s what Dr. Vector thinks I’m missing. And maybe I am, but I have this vague memory of going through this technique at some point in the past. But for the life of me I can’t remember what my spirit animal was. Could’ve been the deer, fleet of food, elusive. Could’ve been the fox, sly, also elusive if you don’t know where to look. I hope it’s not the monkey, since I’ve heard the monkey mind disparaged enough times to turn me off from that. Whatever it is, with me in the chair and Vector playing with his balls, I’m sure it'll come to me.

Dr. Vector put a couple of possibilities before me that he had discerned, but he wanted to leave the final determination to me, because a doctor, he said, is merely a conduit for an individual’s self-healing. Meaning, if that’s really true, I’ll be billing myself for half the visit.

The first possibility is the crowing rooster. A beautiful specimen, I’d say. I love the sights and sounds of roosters. I used to raise chickens and the roosters were the rarity in the flock, the individual by choice. Because you can't allow a bunch of fighting roosters teeing off against each other to get the hens. The rooster has to be the cock ‘o the walk, literally and figuratively, and they know it. As for myself, I’m a lot more modest than that, but I get the point; they're central to everything when it comes to the farm. They take care of the hens and they let you know when the sun is up.

I had to leave to think it over: What spirit animal would I be? And where would it get me? Like everything in life, it would be a reorienting measure. Because I’m frequently confused, as though there should be an "Out of Order" sign on everything I see. But you might say, If everything's out of order, then what is this order of which you speak? Touché, that’s true, order to be order can’t be out of order.

And the better condition I’m in, the more I can focus on this thermometer drive, filling them as people make various commitments, either with me, with my team, or between themselves and the Lord above. It all counts! Whatever they do, and the calls and notes, while they’re coming in slowly are at least coming. But I have to take care of myself, understanding myself, etc., so that I at long last can be all things to all people.
Posted by dbkundalini at 6:55 AM