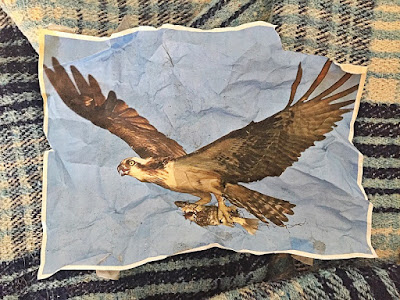 It's a thing that probably happens with every guy like me with a popular blog, different ones want to "meet up" and, I don't know, pick my brain about the latest topic du jour. Usually I put them off with some flimsy excuse, or dismiss them with a conceited "You couldn't handle me, honey." They're looking at an average guy who doesn't look even vaguely interesting or dangerous, and while they're trying to reconcile the contradiction, I slip quickly from the scene. Fact is, at 60+ I still follow what my mom taught me, Run From Strangers.

But I know how it goes -- you read a blog and you think it has to be made up by a genius -- yes, a tortured genius -- or by someone who's so popular and such a people-person, he probably has a million decent contacts you could exploit for sales, marketing, or pyramid schemes. I don't entirely know why anyone would want to get together with me. I sit around, take a shower once in a while, apply deodorant when I have it, I'm actually a mess. If we were to talk politics then, you might get mad and beat the crap out of me. Then where would I be? Bruised, battered, barely able to function, worse than usual, smelly armpits.

Another thing that makes me so reticent is something that happened between 8 to 12 months ago. I met a guy in the park a few years ago, an old gnarly dude the same age as my dad would've been if he hadn't died, 80-something. He talked my leg off; because he literally had sexual ideas in the same vicinity. Then within the last year, maybe longer, hard to say, I was in the park looking at the river close to flooding that day. This guy was sitting in his car or truck and motions me over. I'm standing there -- I know his name, I know his background from talking to him those years before -- but this time he wants more than talk, he goes for pay-dirt, reaching down quickly and grabbing my crotch. I wasn't even thinking of anything sexual, so I thought maybe he was swatting at a bug, I didn't know. Till he had a quick grip on my [junk] and I pulled away, saying still innocently, "What are you doing?" Soon as I got the question out, I knew what he was doing. So I said my final pleasantries and got the hell out of there. He was 82 or 83 at that time, old enough to know better. Dirty bird.

When I see you, I will check you out, mentally computing a whole bunch of stuff as quickly as I can. Whether you look interesting, whether you look worthy, and especially whether you look safe. You should not be reaching down and doing the motions of grabbing something in the air. At that point all bets are off, the Sign of the Crumpled Bird will remain till I can circle back and get it. But I'll be gone like the "Summer Wind," a song that is in the Top 5 Frank Sinatra songs I like.