Bearded Men Never Get Them Wet 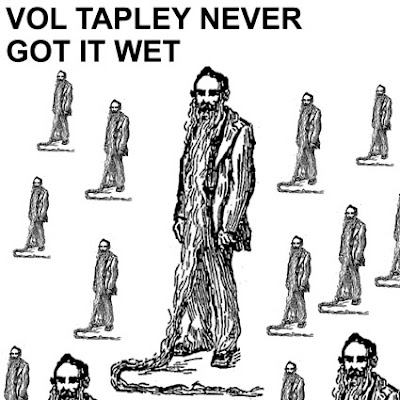 You've probably noticed this, you've never seen a bearded man when it's raining.

It took me a while to realize it, but I've never personally had a beard so I haven't been privy to this information. But the more I looked around, the more suspicious I became.

And I can think back, like to college. Anytime there was the slightest chance of rain, guess who'd be absent? The one or two guys with beards. And ask yourself, have you ever been to a wedding where the groom fails to show up, and you know he has a beard and it's raining? Maybe the bride doesn't even know what's going on. There she was, all packed up and ready to go, a fresh set of sheets in the trunk, and the Bearded Wonder stood her up!

The more popular my blog becomes, the more connections I'm been able to make. And in this case, one day I put the word out, all very hush hush, that I wanted to do a story on the subject. At first, it was like I trying to get the combination to Fort Knox; everyone darted their eyes, people left the room, and an especially devout barista crossed herself. The hush was deafening, I had to leave.

But a friend followed me and motioned me into an alley, whispering to meet him later at such and such a place at the fire escape in back, to bundle up in a coat so I was disguised, and to come alone. He knew a guy with a beard who might be open to talking -- he had a terminal illness and nothing left to lose -- and since we were expecting rain that afternoon, he'd have to be home. Of course I was nervous, but I went. Up the stairs we climbed. He knocked a coded knock and we were escorted in. They frisked me for any water I might've had on me, then led me to an inner chamber. A bearded man with an IV sat wasting away.

He was actually eager to talk, and quickly spilled the truth that water is lethal to a beard of any length. If you go wet/dry, wet/dry, wet/dry, you've only got a limited number of times you can do it. There's no guarantees and there's no do-overs. Keeping a beard dry never hurts it, but if goes from wet to dry, there's something about the whiskers that makes them constrict. Then, without air being able to circulate through them, they mat and tighten up around the throat, often suffocating the wearer. Even a shorter beard can constrict so tightly that the face pulls in and shrivels up to about the size and texture of a walnut.

I asked, "What about taking a shower?" He waved it off as an impossibility. "What about taking a bath?" He said, yes, they can bathe, if -- and this is a big IF -- if they use strict precautions. Such as, naturally, keeping the water shallow and their beards as far from it as possible. Obviously, they can't wash their hair, etc. I started putting two and two together and asked if they could go swimming. He said that was a big NO, because the same principle was at work: Getting the beard wet in a swimming pool would present the same identical problem as a bathtub, rain, water balloon fights, and squirt guns. I nodded, as if to say, "Just as I suspected, but thank you for clarifying."

With the interview essentially over -- I got what I came for -- I asked my source why it was all such a big secret? The fire escape, the disguises, etc. The answer was it came down to pride. Beard wearers like to think they're hot stuff. The beard gives them that professorial look. They tend to drink wine, smoke pipes, read books with footnotes, and wear outdated, baggier suits, all very intellectual. I know I for one hate getting into an argument with a guy wearing a beard, because I know he's going to show me up in front of everyone. So it's pride. But, like Samson, their power's in their beard, but their beard is so vulnerable, their supposed superiority is all a sham!

We bid each other a respectful goodbye. I went forth knowing that now I could even the playing field with all these Bearded Wonders. Who knows -- who really knows? -- when I might just be in a restaurant and get clumsy with a pitcher of water when one walks by? "Oh, sorry!" I'll say, as he goes running for the shears!