A Date With The King Of Group Dynamics

SUMMARY: The King of Group Dynamics guest-teaches a home economics class, the members who then have the opportunity to win a date with him.

A couple days ago I got a call from one of the teachers at the college, who discovered we lived in the same town. Of course she'd seen my name in a textbook, since I'm quoted in several of them in the field of Group Dynamics. Some years ago, as part of my amateur studies, I formulated "The 3 Rs of Group Dynamics," and so now there's usually a half page in the (undergraduate) books about that. But typically you wouldn't expect I would be living in the same town. In this case, I did!

She was an instructor in the Home Economics department, a Miss Dowdy, and wondered if I might make a personal appearance before her class to discuss my "3 Rs," saying it would be such a thrill for the girls. She said it would bring their textbooks to life in a most wonderful way. I checked my calendar, and seeing it blank as usual, told her I could probably make it.

The girls were very receptive. It looks like they don't see many men in that department, making me for that hour the only rooster among so many hens. Or I might say, the only thorn among so many roses. I couldn't take my mind off the fact, even for a second, that I was a man, and that they, the class, were all women. Here I am up here, struttin' my stuff! But that couldn't be my focus. I needed to get down to the lecture.

Since it was such short notice, I used the same notes I've used before -- at Sunday School, nursing homes, and the Boy Scouts meeting -- giving them a rundown of the basics, not wanting to blow their minds with too many big words or high flown concepts. 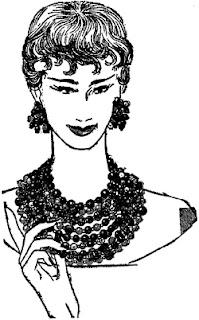 The lecture went great. I wrote three big Rs on the blackboard and waited for everyone to take it down. Then I sketched in a small a in front of the first R. "These are the 3 Rs of Group Dynamics," I said, adding that I needed to write a little more, the full slate being, 1) aRrange; 2) Reconnoiter; 3) Ruminate. "Has everyone got them down?" I asked as they scribbled away.

I gave the usual boilerplate explanation, i.e., that, "Group dynamics starts before the group assembles," meaning you need to aRrange the setting. You're not leaving anything to chance. If the chairs need to be aRranged in a particular way, that's an example. Reconnoitering means you pay attention all along the way, with another dimension being guiding, keeping on task, etc. Then you Ruminate. This is examining your findings, coming to conclusions, etc. Very cut and dry stuff, with each point sketched out only in a shallow way.

To bring the principles to life, I counted the ladies and suggested we split into groups of five, and as an added bonus, I said a member of the best group would win a date with me. Since there were 26 girls, that meant five groups of five, with an extra, who I decided would be in a group with me alone and would be the ultimate winner. She was a stunner, a lot better looking than the others, who, frankly, were a lot of Maudes. This gal was the only fox, a stunner named Tawny.

For the rest of the class period, I had them, 1) aRranging, i.e., determining what kind of positioning they would take in relation to the rest of the group to be able to see the most group dynamics. 2) I suggested if they had not yet Reconnoitered to please move into that phase of things. Then as the hour wore on, I told them to, 3) Begin your own personal Ruminating. "Very good," I occasionally said as I went around observing their mental exercises. Tawny was looking at me, licking her lips, bringing me this time to purr, "Verrrry good."

It pays to be the King of Group Dynamics, if for nothing else than the easy dates! Notice how I masterfully aRranged things in the way that seemed best, then perfectly Reconnoitered the proceedings. And now that I'm back home after a very lovely date -- verrrry lovely -- I've been pleasantly Ruminating over a refreshing bottle of Guinness Extra Stout, remembering Tawny, my verrrry favorite Home Economics major...
Posted by dbkundalini at 2:48 PM