Without The Fear Of Contradiction 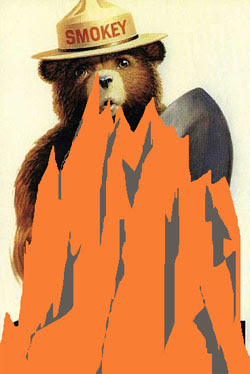 It's been a while since I've had a contentious comment or an email from a reader objecting to something.

That could be bad. It might mean that, despite the 14 hits I got from Croatia the other day, they've moved on to other blogs. It's something I've feared, really, but didn't know how to adjust to counter it. I always figured, you know, that since my readership skewed younger, mentally at least, that with maturity they would migrate on. But then that others would find their way in.

Or it could be good. It's long been proverbial that if you can keep the Croatians contented, anyone will be pleased. So I'm banking partly on that. Or it could be good because the readers feel they're getting exactly what they need, their daily recommended serving of rhetorical goodness, with a flourish or a flair here and there.

Believe me, these questions keep me up at night. Just last night, I woke up in a cold sweat, thinking, "Whoa Nelly, what should I do next?" It wasn't till an hour or two of that that I finally came up with my answer, that I shouldn't worry about it. But then, in addition, that I should maybe double down on spouting off my opinions, conjectures, and claims.

To do that, then, let me start by saying: I have no fear of contradiction, no matter what I may say. There, the ball's in your court. If you want me to fear contradiction -- which I don't -- then you need to call me on it. Until then, buzz off! Down with fact-checkers, those who would question my logic, or the disputers of theories. You don't know everything anyway. And since you don't know everything, how can you realistically question me on anything?

OK, I'll pull a few so-called facts out of my ass, and so be it!

Without the fear of contradiction, I claim that Smokey the Bear himself sets fires to forests. Can you prove he doesn't? Isn't it a little suspicious that he hangs out in forests all the time and yet fails to stop fires? If we can't depend on Smokey, going by that, who can we depend on? But going by my contention, that would explain a lot of things. And -- and here we're getting to the nub of the issue -- who would have a greater motive to torch a forest every now and then than the very guy who profits from preventing fires? If there's never a fire, he's out of a job. We would do very well to keep an eye on him. I'm proposing an ankle bracelet monitored by GPS.

Without the fear of contradiction, I submit to you that bugs are invisible. No one can dispute what they can't see. And with this claim, I don't mean they're microscopic, hence visible under a microscope. I claim that they are literally invisible. A visit to the kitchen in the middle of the night proves the point. You walk in, you have a creepy feeling there are bugs, yet you don't see anything. Of course you don't, they're invisible. I've had a problem now for two summers, being bit by invisible bugs. When I was a kid I saw bugs. A mosquito or some other apparently visible bug would land on me. And I'd get bit. But when I grew up, my childhood second sight went away. I'm still getting the same bites, but nothing's there. Freaky.

Without the fear of contradiction, I declare that topical humor sucks. I'd rather have something that's perpetually funny, like a guy with an odd walk or a bicyclist crashing into the back of a garbage truck and being sucked into the gears than a topical joke. I was listening to a Lenny Bruce album -- Live at the Curran Theater -- and he was riffing on a judge who didn't want him saying naughty words. I think Lenny was going to jail for it. This goes way back, when the words were first invented, so they were crazy. But it's topical, meaning we aren't that amused now. Without the fear of contradiction, he would've been a better comedian if he would've simply stuck to regular jokes. Which he could've done.

Without the fear of contradiction, I am never wrong...
Posted by dbkundalini at 1:21 PM