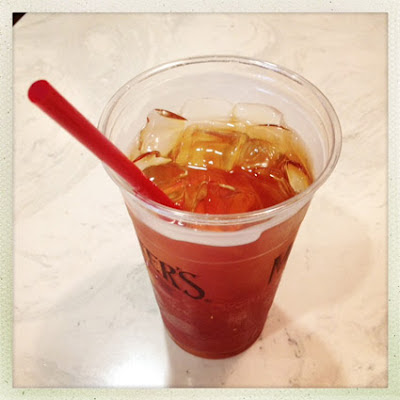 Where have I been? I haven't written much lately. That's no accident, because I've been very blah and not feeling up to it. I'm pretty sure it has to do with the political scene. Presidential elections get to me. The Republicans are so completely shitty as a party, anytime the country flirts with putting one of those bastards in power again, the consequences being so mindblowingly horrendous, it's enough to depress any reasonable person. Which I am.

But then, like today, when I hear of something also revolting to me, although truthfully not as revolting, I just have to shake off the doldrums and come out and state my case. So, like the tortured genius artist with his first album of original material in 10 years, here I am again, today to offer a well-deserved defense of ice. That's right, ice, the slick stuff that water turns into when it goes from its liquid self to a harder shape.

All this has come about because I just happened to see part of a show on National Geographic about the Italian cruise ship that sank a few months ago. What was it called? The Cordon Bleu or something like that. I need to Google it. Oh yeah, the Costa Concordia. It was an accident that costa lot, and left very little concord with the passengers, who might have been eating Cordon Bleu, till it all went down.

As far as accidents go, I don't really know much about it. It seems like a rather minor thing to someone like me who doesn't know much about it. Most of the folks got help, I'm assuming. Whether anyone died, I don't remember. Be that as it may, that's not my point. That's not what outraged me enough to shake off my politically-induced blahs and come back to writing. If you had 100 people trip over the same little crack on the sidewalk, three or four of them would die. Next paragraph!

What I saw on the show -- and I only saw about a minute and a half of it -- was that ice was the cause of the rip in the ship. Or at least, That's their claim! For I have a very hard time, an impossible time, believing that ice can do that much damage. And if it turns out I'm wrong, then so be it, but I don't think so. Still, if I am wrong, and presented with enough evidence to convince a staunch unbeliever, I will be the first to confess it. But I don't think that's going to happen.

The charge -- the false charge -- is that ice was the culprit! That the ship, apparently veering off course, slid up against a bunch of ice -- frozen water -- and somehow (no one knows how) it managed to cut a lengthwise hole in the ship, basically from the front to the back. This then, they claim, opened up what they call compartments of dead air, that then allowed a situation where air was going out and water was going in. To me, that's a standoff. But to the so-called experts, water beats air every time.

OK, so last night as I was thinking of this subject and thinking how I might mount a credible defense of ice, I had a glass of iced tea in front of me. I clinked the ice around a bit. It tinkled, that's all. I swished it harder, and the noise was a little louder. Then I sloshed it like the town drunk, and it made a somewhat louder noise, but in no case, no matter how hard I sloshed it, did the ice cut a hole in the glass. And, mind you, the glass was plastic, not the tougher material they make ships out of, iron.

The results of my experiment prove that ice is harmless.

I've seen films of ships busting through ice. And never have I seen a ship go down in it. At least not very often. Meaning there had to be some other reason for the accident. Whatever else it could have been is anyone's guess. It just could not have been ice. OK?
Posted by dbkundalini at 12:20 PM