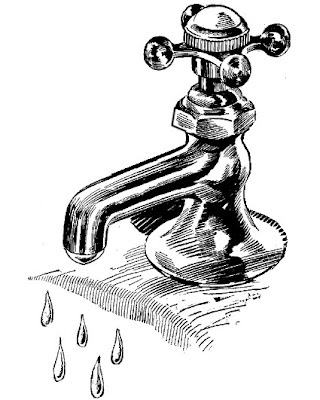 This post is about some troubles I've been having with heartburn. If you've ever had heartburn, you know what I'm talking about. You get this basically indescribable bad feeling in your throat. It feels like something you wish would go away.

At this point, I'm dealing with it myself. When it first flared up, I took antacid tablets, and they soothed the burning sensation. But then I had an appointment with the doctor, so I told him about it, and he prescribed some medicine for me. I took the medicine right along, very faithfully.

But I started noticing some weird stuff going on that, according to research on the web, are side effects. Unpleasant, disagreeable stuff, like loss of balance, dizziness, and vertigo. I took a trip out of state and the drive was rough. I had to stop every half hour or so and get out and stumble around just to get myself mentally halfway back on track.

So when I got home... I should back up... On the road I still wasn't really chalking up the weird stuff as side effects of the heartburn medicine. I didn't know. It was much later that the thought came to me that it could be a result of the meds, and I only thought of it when the loss of balance became so much worse. Peeing on the wall was the last straw.

I quit the meds, and everyday became just a little bit better. Finally the bad side effects were more or less gone. But guess what came back, the heartburn!

OK, this is where water comes in. I thought, hmmm, water is used to dilute things. You always hear it. If you want to dilute something, use water. Then I'm thinking, there's something in my stomach that's not quite right; if I dilute it with water, that might make it better. To a certain extent, but not fully, I've done that. I have drunk maybe an extra three or four glasses of water in the last few days. And I might drink one in the next couple minutes, thanks to me writing this and having it fresh in my mind!

Well, maybe it's what they call psychosomatic, or the positive benefits of wishful thinking, but I actually think it's helping. My heartburn isn't near as bad. Water is part of it, plus I have taken a grand total of two antacid tablets today. And another thing, which is extremely tough for me to do, I've been trying to chew my food just a little more than usual. Because I heard once that a big part of digestion has to do with chewing more. But for me it's tough, because I like to gobble my food down so I can have more time for more interesting things. That, and my teeth aren't the greatest and I don't want to overburden them with chewing.

I really think the water thing might help, drinking more. Because, aren't I right? Isn't water what they use for dilution? I've never really heard of them diluting stuff with anything but water. If I get better, thanks to water, I might literally save a fortune in doctor fees. It's worth a try!
Posted by dbkundalini at 5:11 PM