Celebrity Deaths -- If Only I'd Been There! 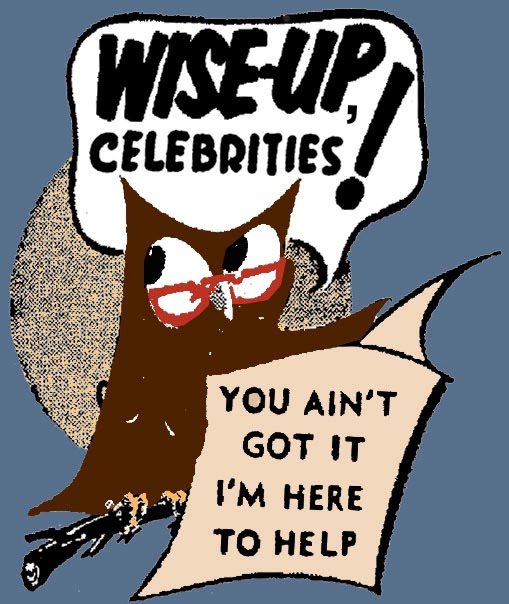 Famous people with their huge problems have always been off limits to us common folks. So it seems that they develop huge problems and die, whether by their own hand or another. I always think the same thing: "If only I'd been there!"

Because my philosophy has always been, People are people. What's good for one's good for another. One size fits all. And I've always been good at this sort of thing -- not to toot my own horn but just to state the facts. If only I'd been there, frankly, it's bloody hell likely they would've made it through. Not to put too fine a point on it.

I remember thinking this when Elvis was in his downward spiral, expressed in one of his last songs, "Way Down," his last single before his death. My thought went something like this, "The guy's in the grips of Death ... sure wish I could be there!" But of course, you know how it goes, he had lots of hangers-on and it would've taken some doing for me to get in.

Too bad. Because with my natural talents of talking anyone down, if they're able to think at all -- I'm no good with human vegetables -- I'm sure he'd still be recording today. I'm able to do this because I'm super friendly, very competent and empathetic, and able to contextualize the truths of life for the individual. Pretty good, huh? In a way -- and this is my biggest secret -- I'm really only channeling the female forebears of my family, Mom and Grandma, who had social skills that didn't quit.

Going way back, back before I had any idea about any of this, I probably could've helped Judy Garland. She was still alive when I was a budding kid, but I didn't know much about my abilities. I was a little too young and stupid. But let's say they had explained the issue to me, and opened the door, and explained to me who she was, the kid from the Wizard of Oz, I probably could've helped.

Since then, many crises have come and gone, demanding but not receiving my counsel. I won't mention the lesser lights because of their families' continued grief. But I can think of writers, politicians, and movie stars that I could've helped. Of course there's a huge name, Michael Jackson, not a lesser light. He needed a lot of help, all along the way, which I would've been happy to provide. But in his case, it being a matter of years, I might've needed a job in the same town. Or, who knows, I might've cleared him up right away and gotten back home right away.

OK, I can't help Michael now, or Elvis, or Judy, but there's plenty of celebrities in trouble today. I read the Huffington Post, so I know. Whether they'll contact me or not, that I don't know. I only know that if they did, it would only benefit them.

It'd be nice to be known, not for my own benefit or ego, of course, but for of the positive good I could be doing. Some famous person – maybe an actor, singer, a writer, someone in despair – wouldn't have to linger but could simply say, "What about that guy with the blog? Get him!" Then I would take a few days off, go there and get everything worked out. Everyone would be happy. Everyone would win.
Posted by dbkundalini at 4:16 PM