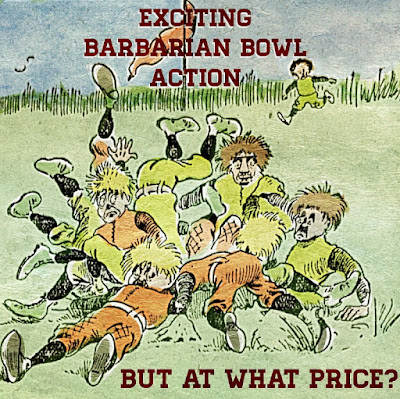 Like a lot of guys, I've been watching a few football games during the holiday season. The big bowls are something of a national pastime. We're just doing nothing, so to pass the time we watch them. They’re interesting to us, and give college athletes something to do.

Of course to enjoy these games you have to be able to overlook your scruples. And I regret to say I’m just as guilty, not any better. But at least I have regrets. I need to work on that, make it a New Year’s resolution, that I will be more socially responsible. And principled. It pains me to say I’m not quite there yet.

The problem’s obvious to everyone who’s looked at it objectively, the whole issue of land resources, especially in light of the human tragedy of homelessness and so forth. In short, friends, we’re running out of room. There’s more population than room to warehouse or provide living space for everyone. And we haven’t made enough headway on prevention, like regulating the sexual habits of people of childbearing age.

As tough as it'd be, that’s where I'd start, because I think our ability to go cold turkey sexually is stronger than our willingness to give up sports. I’d actually recommend a two-pronged approach. Not playing football games and regulating sexual activity. Then if we make progress, it's a win-win. And if we don’t, we'll just have to bear down more and continue some serious work on the problem. What's the alternative, to shrug and say, "We give up"? That's no alternative. In that case, our reign as the dominant species on this planet is over. We will have sex and go whole hog with sports until we’re extinct, dead as cheap door-nails.

If we devote so much land to football fields, basketball courts, and golf courses, we’re confessing that our priorities are shortsighted, just the fun of the moment and the future be damned! We will play our way into the grave, and no doubt at some point even run out of grave space, a loss of cemeteries, because of so much real estate foolishly dedicated to sports.

Even now I’m watching a bowl game and shaking my head. 1) How can I be so much a part of the problem as to enjoy this disgusting display? And, 2) How can those people sit in those huge stadiums unaware or uncaring about the issue, that there's a stranglehold on our ability to use land responsibly. The football lawns look so well manicured, it’s ridiculous, while the people needing land for basic living are a mess. I drove by a yard right here in the Big City with so much illegal dumping, you’d think we'd simply given up, and it's true.

As for basketball courts also wasting land, strangely that's not as obvious. Because we’re stupidly used to the idea that buildings are different, essential. Setting aside the obvious fact that buildings have to be built somewhere, also taking land that is so desperately needed. But instead of getting a grip on ourselves and doing it right, we have lost our way. If we can't get a grip on ourselves, what hope do we have in the long run? Zero hope, that’s the only conclusion.

It’s been in the news that we might even be colonizing Mars very soon. I’m just hoping that when we get there we reflect on what we've done. If we've despoiled the Earth, can we at least learn the lesson for outer space? We don’t want the other planets to be misused, too. Right now, we must pass a law restricting the building of sports arenas, football fields, and golf courses in outer space. Keep our previous space resources for what's really needed, a place for everyone to live their lives with dignity.
Posted by dbkundalini at 9:43 PM