Dale Nails Delilah -- They're Both Out! 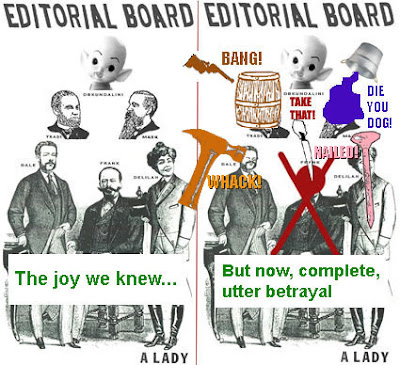 And so it ends ... not with a whimper but a bang ... Dale nails Delilah on my kitchen table and has the hammer come down on him as well ... And now they're both out!

Meaning, as far as this blog's Board of Editors goes, I'm all alone once again. What a series of betrayals! First, Frank. Then Mark. Then Trade. And now these two, the ones I trusted the most. Dale, he was the silly one; I would've never thought he could've had it in his head to go after her like that! And Delilah, the thought of her yielding herself up so willingly, her legs like a wishbone, I'll never get the image out of my mind...

But it happened. With the only consolation, slight as it is, that it happened before the clock struck midnight, meaning I can at least start the New Year with a clean slate. The weird thing is, I wasn't even supposed to be home, and they might have gotten away with it. 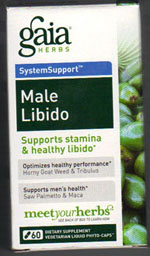 I was out for the whole night, I thought. I've been self-medicating with Gaia Male Libido capsules (Horny Goat Weed) along with being completely chaste, thinking this combination would give me extra bulk and stamina for my New Year's Eve date/stay-over with the Pink Professor, my partner. But I was only half right. The bulk was there, the stamina was not. I was at his apartment, and as it turned out, I had to wait a while. There was an incident at the biker's bar where he works and he had to stay and help calm tensions and clean up the blood. That left me all alone, pent-up, very tense, daydreaming, thinking of the night ahead. Then by the time he walked through the door I was so worked up. It had to be the combination of seeing him for the first time in over a week, the effects of the Goat Weed, and my self-imposed chastity, probably the biggest mistake ever, that I wasn't even out of my pants before I was writhing on the floor in a very regrettable ecstasy. He thought I was having a seizure and was trying to work a shoehorn between my teeth and tongue. But no. When he discovered what had happened -- I was swimming in it -- he seemed OK, but naturally I felt a lot of shame for ruining the evening. After a while, we thought: Take some more capsules! But they were at home, necessitating my unplanned return.

The lights in the garage were on, where I and the Board of Editors work on the blog. But worse, the lights in the house were also on. Fearing foul play, I crept to the kitchen window and started seeing shadows on the curtain. I looked in cautiously, and -- Good God Almighty! -- there they were, Dale and Delilah, our only lady member, going at it on the kitchen table like a couple of wild animals! Of course they figured I was going to be out ALL NIGHT LONG! So this is what they chose to do!

I went around to the door and burst in, knowing they would surely stop, but they didn't. I grabbed a hammer, the first thing in reach, and whacked Dale on the back. But he didn't stop. Then I saw why: My bottle of Gaia Male Libido was tipped over and empty! Dale had taken, apparently, some 30 capsules! By now, Delilah, aghast at being caught, was trying to push him off from beneath. I was just about to pound Dale to death with the upraised hammer when the Pink Professor came in and pulled me away. Meaning I could do nothing but watch Dale huff and puff, and, finally, after 20-25 satisfying spasms, collapse on her in a tight embrace.

When they had dressed and we were all standing around, them with their heads held high, what could I say? As I said, it ended for them with a bang, not a whimper. But for me it ended with a whimper, not a bang. I could hardly chase them from the house with the hammer, as I had witnessed the beautiful love of a man for a woman, however herbally-driven it may have been.

Of course, I told them they were both fired from the Board, which was only to be expected. And they left unbowed, arm in arm, and were probably headed for a cheap motel. The Pink Professor and I closed the door, and since my own stamina was gone, and there were no more capsules, and my mental state was very scattered, we waited till midnight and toasted the New Year, splitting a bottle of Jamaican beer, then went to bed, cuddling till we fell asleep. He told me, "It's all right."

EPILOGUE: I woke up about 3 a.m. The Pink Professor was up taking a pee. He came back to bed and I dozed off again.
Posted by dbkundalini at 10:19 AM