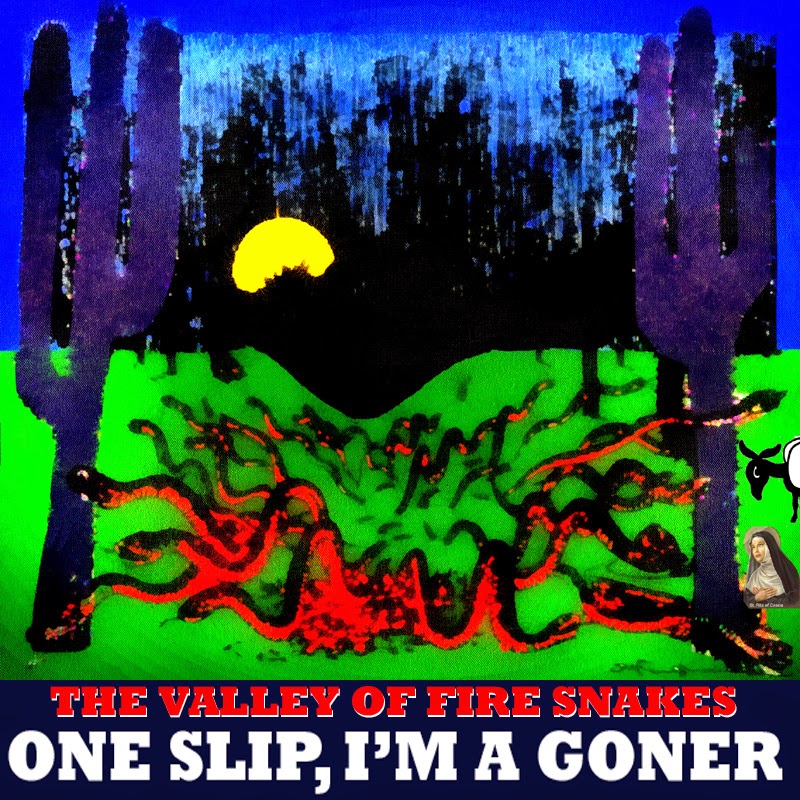 At the moment I'm alone. Looking over a barren land, I see the sky a weird reddish color, kind of like you get with Hipstamatic's Bettie XL lens. Of course I'm displeased with that, preferring the exuberance of Lucifer VI with the more realistic tones of Ina's 1969.

It's a day for reflection and a little relaxation, I hope, although the dangers are still very real. A few of you have asked about my bout with Paranoia. So I shall answer. First, I shall climb a nearby promontory -- inching toward the top, up I go, slipping occasionally -- and, OK, an hour later, here I am, looking over an alien vista. Now I shall proclaim!

In the last 24 hours I've been beset with enemies, dimensions of Paranoia that were very weird and very frightening. I found myself in something like the Baskervilles' moors. I'll just tell you one thing, and I'm putting this out there free: Avoid moors, glens, dales, valleys, depressions, bogs, and fens ... If you can't find a high place, go up medium height, definitely not low.

At it happens, water is generally low. Which is part of the problem. Because every variety of pest, vermin, and wildlife -- including the dangerous stuff -- goes there. Now ask yourself, what's the one thing something wants if it has water to drink? Yes, something to eat. As it is in the everyday world, so it is in the psychic realm of Paranoia. The low places are dangerous, and you'd make a great meal.

Well, I opened myself up to all this danger! The entire thing was a disaster, fire ants, fire snakes, the fire variation of every cursed creature ever cursed with horrid life. I made a vow, No mercy for the evil and ugly! To the extent, then, that I could fulfill it -- locally here -- I brought down a serious cudgel on the heads of many creatures. While sustaining bites to my left leg, my right leg, and both arms. If I'm a little grumpy, that's why. One slip and I'm a goner!

Now on higher ground, I look out over the vast wasteland and proclaim: My mind is in high gear. I see the synapses of my brain very much alive, running over both theory and practicum, concerning the things of Paranoia. What a rush! Not just to feel Paranoia's strong drive in real time, but to behold (in 3D) a simultaneous understanding! Soon I shall crash and sleep, but not in a valley!

Here's three things about Paranoia to think about:

1) Paranoia is a response accrued from the realities of life that thwart our desires. We've gone from magical enemies (demons) to the more realistic, 'Everything's out to get me.' Our thinking may be distorted but at least there's evidence you can point to.

2) At the root of Paranoia is the fear of death. 'What I'm afraid of will eventually kill me.' The unrealistic side of it is, You're not dead yet, so you must be doing something right. Bring in that aspect of things to calm the paranoid side.

3) You wouldn't have Paranoia if you dwelt in your natural being. This goes with the fear of death. Our huge concern for our fate represents a duality split, our natural focus being off. Two minds going two ways, as "para" and "noia" mean two minds side by side, like parallel. With a greater drive toward mental unity, Paranoia would have to work harder to drive me. Obviously I'm not saying be happy and die. I'm still going to look both ways before crossing the street. With understanding, though, and getting back our unity, we have the wherewithal to live more peacefully.

All that said, Get me the hell out of this terrible place! I realize fire snakes have to eat, too, and aren't particularly picky. The key for me not to get eaten is to avoid them. OK, easy enough, no more valleys. If I see a valley coming, I'll stay up here on the hill till they're asleep.

As I contemplated this wisdom, I witnessed a sudden flash vision, in Hipstamatic tones alternating between the subdued haziness of Adler 9009 and the golden tones of James M. Before me, I beheld Sister St. Rita of Cascia with Desi the Donkey. Desi came up and nudged me in the side, as if to tell me I had his full support. The beloved Saint was more circumspect, adding to my understanding of Paranoia. She reasoned with me how little, to this point, I had thought of my intelligence, allowing myself to become the prey and the slave of Paranoia. With her mild upbraiding, I felt embarrassed and actually ashamed, but looked ahead to being fully calm and recollected. The vision melted away.

I'm looking ahead to a lot more. If I finally get home to stay, I'll never go roaming anywhere ever again. And I'll let Paranoia work for me, not against me. Heh heh, how about I combine my two minds, then with stereo thinking -- a little this side, a little that -- I'll be on top of every difficulty. Worth a try!

OK, I'm going to descend for a while, and try to fill my canteen. I think the fire snakes are asleep. Their evolution must have been such, indicated by the fire for light, that they sleep during the day and crawl nocturnally. Unless they want to sleep nocturnally and the fire's for warmth.

I'm hoping the biggest problem I have is filtering the water. Looking brownish/yellow as it does, it's kind of what you'd get if you photoed water and used Buckhorst H1 with Cano Cafenol and pictured the muck of Float on the edges! Whoa! When it comes to drinking water, give me something closer to Jane/Sugar every time!
Posted by dbkundalini at 1:12 PM