For The Love Of A Good Sore 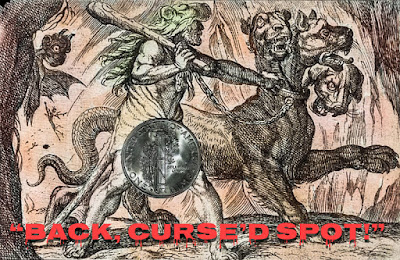 We all remember the story of poor Lazarus in the Bible -- poorer even than me -- dogs came and licked his sores. I heard the old preachers of old expound on this passage at some length. By the time they were done, he'd suffered long and they were terrible sores, with one brutal sore right at the nucleus. Of course it took three or four sore points to finish the soremon. Ah, for the love of a good sore!

One of my favorite jingles in advertising is, "Dog’s don’t know it’s not bacon!" Let's say we have a guy carrying bacon in his back pocket. The dog comes running up and bites his ass. Because, "Dog’s don’t know it’s backend!" Now I got another hole where the good Lord folded me, very holistic. My dog’s never been picky either when it comes to food. If it’s related to the meat family, it’s 10 times better than the world’s finest grain.

You get a sore, the sore has to heal. Dog’s also heel, eh? I have a few little sores. Who doesn't. You scratch too much, there's one, then another. And sometimes I get banged up. A cut. And I always hope the same thing, that the tetanus shot I got in 4th grade is still working its magic.

Other than that, there’s always dogs. Just take your mind off your problems. Watch TV, lay back, relax, and let the dog lick you, like Lazarus. It gets so comforting, you might set an alarm. I had a sore on my leg one time and the dog started licking me. Naturally I went to sleep. I woke up and there it was, all the color out of it, like a bit of ham fat from a can of soup after it’s processed in the soup factory. Hanging there, no substance, no strength, just dead tissue. Two minutes later the dog would’ve been bitten it off and I'd've never known.

Pa, is that dog still licking you? Cover that thing up or it’ll never heal! The dog hears heel and dives to the floor. Dives, of course, being the name of the rich master in the story of Lazarus. He had enough of life here — overdosed, I’d say — and had to go to hell, took a dive, dove right in, to a place where dog’s don’t heel, including Cerberus, the hound of hell. He’ll never heel in hell. I’d rather kneel in heaven than heel in hell, amen? For the love of a good sore.

A sore can be useful. It's nature’s bandage, an organic arrangement of blood and evaporation.

Dogs get so they understand the word sore, depending how accident-prone you are. Especially way back when, when they didn’t get treats like today. It's just like you say ‘You wanna go bye bye?’ They know bye bye means a car ride. You wanna go to the park? They know park. One of my dogs knew the word squirrel. I’d tell her “Squirrel!” Her ears perked up like satellite antennae. She’d look for my finger to point the way, even though if she wasn’t so dependent on me she could’ve just discerned it. Then she was off, blazing speed. Even caught one one time, but I didn’t want her tasting wild blood, so I called her off, letting the squirrel live. There was, however, a time when I came around the bandstand and there was a dead squirrel at her feet. It looked fresh with some fresh sores, and naturally I didn’t let her have it. A squirrel’s a rodent, and rodent’s carry disease. That’s why I don’t allow mice in my home, even if they are good for keeping roaches at a decent level.

Milton, he milt hell for all it was worth. Besides him, mythology has Long Schlong Silver (his distinguished appendage tastefully censored with a dime) with Cerberus appearing on the vast hellscape, that three-headed dog pissing on Satan to help relieve his pain. Or something.

Sometimes, though, as Kenny Rogers said, the hurting won’t heal. You get a sore, it gets worse, other sores pop up, things run, things get pusy and drip, and the whole thing degenerates into a mass of coagulation, looking a sight. There's purpose in that, too. A good sore sets things right, if you tend to it right. Or not, either way a good sore does its thing. Finally in the end, we fall on our sore and die a noble death.
Posted by dbkundalini at 7:46 AM