I Discovered A Planted Cellphone! 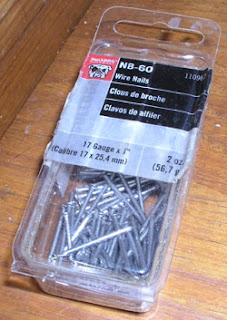 It's probably the same guy who planted a secret camera last month, training it on me to get whatever useful information there might be. But if so, he's batting a big fat 0 if his plan is not to get caught, assuming there aren't surveillance devices -- bugs -- around the house that I haven't found yet.

This one was very blatant indeed, an actual cellphone right around the corner on the edge of my desk. I'm just sitting here daydreaming and I see it poking around the edge, and I'm like, "What the---!"

I immediately reached over and got it and it was a live line. The guy had dialed his number, set the phone on the desk, then left my room, knowing I'd be back soon. Apparently he thinks I do a lot of talking out loud when I'm by myself, because he wasn't trying to engage me in conversation.

And, yes, I actually do some talking out loud when I'm by myself -- so this is someone who knows me well enough to know that. In this case, fortunately, I didn't say anything; I was in a wistful, quiet mood for a change. And certainly I wasn't likely to say anything incriminating anyway, mostly because I keep most of that to myself, being by nature reticent to say anything like that without first sweeping the place.

Anyway, what would it be? I haven't done anything especially bad. Of course it depends on who you talk to whether something's bad or not. I generally lead a quiet, respectable life. No one can prove anything insofar as I know. I'm always careful that I'm not being followed, and I don't always take the same route. That's a key thing right there, keep your movements unpredictable. Plus, for the most part I've admitted it -- haven't I? That I'm in a relationship? You want to know more about it? I'll shout it to the world! There!

But for someone out there, apparently it's not enough what I say in public. This slimy little worm's looking for the real goods, leading him to desperate means, any stratagem, hidden cameras and now a hidden cellphone.

I'm looking the phone over right now. I'll be checking it for identifying numbers, etc. It looks like he's got some kind of nail container faceplate on it -- that's good! Yes, it even rattles, good attention to detail. The faceplate says it's the "Bulldog Hardware" brand of wire nails, obviously a fake name. And maybe he's even trying to communicate something to me by using that name, showing how much he's already got on me. But honestly, how would he know this? That the school I went to in 9th grade had the Bulldog as their mascot? No one would know that! Would they?

It's a small phone lengthwise, but it's thicker than most phones. Again, he's trying to keep it well disguised, since most people would be looking for a phone that's thinner than this. I'm only lucky -- very lucky -- that I wasn't fooled.

I'd like to check it for identifying numbers -- hmm, I can't find the buttons. The faceplate seems to be permanently affixed. Must be a combination lock. Well, OK, I can't get it, but one thing's for sure: I've got possession of the d----d thing now and I'll be dunking it in water to completely kill it!

Like I said, this is someone who knows me, who knows my comings and goings, and who probably reads this blog. So let me offer him a message and a little friendly advice. You think you're good, but once again I caught you! My advice is to stay away from me and my family, and quit trying to get dirt on me. I'm a grown man. I can see whomever I choose. I'll be watching for you! Take it or leave it...
Posted by dbkundalini at 1:27 PM