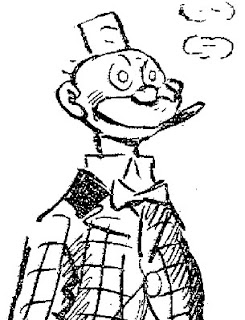 It's been a while now, back in January, that I wrote what I thought was a scientific post on clouds, "The Mystery of Clouds." You'd really think that'd be so long ago no one would care. But I get more mail on that post than all the others combined. As it turns out, science people are very protective of their domain, and apparently I don't measure up to their lofty standards.

Frankly, I wasn't expecting any backlash whatsoever. Because I figured my opinions are as good as anyone else's. Which, OK, looking back on it, I can agree that there can be a stark difference between scientific fact and personal opinion. Just like there's a difference between intelligence and stupidity.

All that said, the backlash looks to be way out of proportion to the offense. Wasn't what I said half in jest anyway? I don't have a clear memory of it, but it seems like it. I said I wasn't sure what held clouds up or how they operated. So I gave my opinion that it had to do with being lighter than air. But heavier than the air above them. As they gain weight they become fog. As they lose weight they leave the atmosphere. I wrote something about wires holding them up too. Which isn't true, but that's the part I was joking about.

It was hurtful to be called ignorant, along with all the more colorful ways of saying it. But just to clarify one particular comment, assuming I'm supposed to take your insult literally, no, my head is not so far up my ass that I have to see the sun shine through my mouth. Would that even be scientifically possible? Come on, we must be scientifically reasonable and consistent, don't we, huh? Excuse me?

Still, my Grandma always told me I needed to pick my battles. She also gave me a bunch of good information on psychologically minimizing the various situations of life, such as looking for one fatuous argument against me, then being able to dismiss the whole thing, like the guy above saying my head was up my ass. It's impossible. Something I like to do, heh heh, giving away my most intimate secrets, is when I get in a fight I know I can't handle I just walk away. My way of picking battles is never to actually pick one! You see, Grandma lived in a world that didn't have the internet. She never knew an anonymous battle.Or the scurrilous creatures we now have to communicate with on a daily basis.

But I have my self respect to deal with. And if I made certain claims, ignorantly as it turns out, about clouds, then I want to do better next time. So that's my resolution! I'll never be ignorant again! From now on, before I ever say anything even remotely scientific, I will look it up online or in a book. You'll never catch me saying anything stupid ... ever again!
Posted by dbkundalini at 1:13 PM