I'm A Gentleman And A Scholar 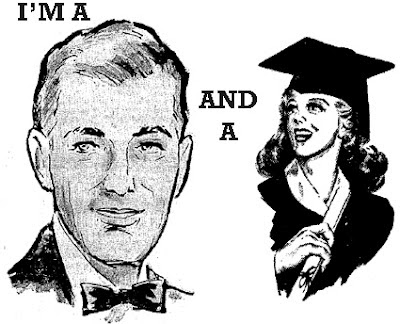 I was the recipient of a rather great honor the other day. In one of the picture-sharing social-media sites where I have an account, I complimented a guy for one of his pictures, and he messaged me back, "You, sir, are a gentleman and a scholar!" Read that again ... It's awesome!

Of course I was floored. I honestly never heard anything so nice, in addition to it being unexpected. I probably don't need to say it, since it's something you can obviously guess, but I've thought about his statement over and over ever since. Remember, this is a guy who's never actually met me in person, and somehow, some way, he was able to capture something of my essence and compliment me in such a great way.

Really, it affirms some of my own thoughts, even though, as they say, we're always our own worst critics. And it's true. I'm always getting on my own case about something. Maybe I left something undone, or I put off a needed task, or I let my usual perfectionism get in the way, blah blah blah. I'd love to be two separate people in those moments, at least split myself off temporarily, so I could kick my own ass. But then, whatever criticism I might offer myself, when it gets right down to it, I'm also an unabashed fan. I stand back and survey my accomplishments and think, "Good God, man, you've truly got it going on!"

But to have some other person like that, someone I complimented for a photo -- I think it was a colorful sunset, or maybe a rustic oak barrel snapped in black and white; it was something -- to just come right out and lump me together with two classes of extraordinary individuals, gentlemen and scholars, that's really quite an extraordinary honor.

Also, it actually came at a point in my life where I was feeling a little down. I have regrets about childhood. I was such a typical kid, playing outside, having a good time with friends, riding bikes, messing around at the creek, fishing, etc., that I didn't always have time for academics. Rather, I didn't take time. Looking back on it, I really wish I could've been a prodigy, like a kid they promote out of kindergarten straight to college. Brainy like that. That's a scholar!

So what was the problem? I guess the honest-to-God truth is I was very much a typical kid, with the average intelligence of a kid about my age. You could probably say I was even lagging behind where I should've been. In sixth grade I probably had the mentality of a fifth grader. Then in seventh, a sixth grader, etc. So about a year after graduation, I went, "Oh, that's what they meant in 12th grade." If I was a scholar, it was very much hidden, buried, a hidden potential.

As to being a gentleman, that was my upbringing. Saying goodbye to people when I left. Saying please and thank you when there was a pressing need, like when someone needed to get the hell out of my way and finally did. As I recall it, I always got high marks for being a gentlemanly boy, then teen, then young adult, then older adult, and now, as I am, standing at death's door. There's no reason to be a bad ass now!

OK, I thought you'd like to hear about the compliment I got. And if you have any other compliments for me -- like if you think I'm a third thing in addition to being a gentleman and a scholar, you can leave it in my comments. But what could it be? A gentleman, a scholar, a great blog writer, a friend to animals, a compassionate person to the down and out, a live wire, a coffee-lover, or all that and more!
Posted by dbkundalini at 2:23 PM