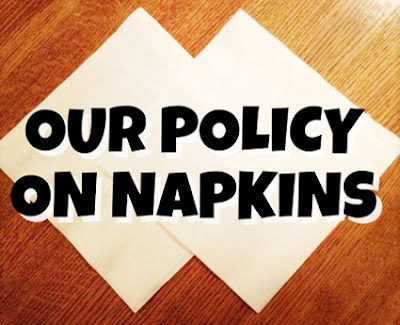 Fareed Zakaria has confessed to plagiarism and so has been suspended from CNN and Time magazine. Yes, a brainiac like him! It's hard to believe. I used to watch his show on Sunday -- I probably saw three episodes total -- and was vastly impressed by his apparent intellect. He has a foreign look and sound that makes him sound much more knowledgeable than the average American. By that, I mean, we associate actual news and in depth commentary with foreigners, since Americans, with our shallow outlook, are so easily distracted by celebrity gossip and anything to do with blondes and boobs.

Now I find out -- quite to my shock -- that Fareed Zakaria hasn't had an original thought or word in his life. I don't know if he's gone this far in his confession, but I suspect he's plagiarized everything he's ever written, and hence has no independent intellect of his own. How, though, he was able to do that, to discern the good stuff and plagiarize it and somehow avoid the bad without any independent intellect is a mystery perhaps best left for another day.

I remember we used to plagiarize stuff all the time, more or less, as kids, copying out of the encyclopedia. Because we didn't know anything. Seriously, I was much dumber back then than now. Now I'm very scrupulous, like on this post on "Napkins," to only use my own imagination and experience. I can truly say I'm not copying it from anyone. Sometimes I use graphics to illustrate my posts that I get from various sources, but I'm not claiming to be an artist, just an independent genius when it comes to words, words, and nothing but words. (In this case, though, with Fareed Zakaria in mind, I took the extra time to take my own picture of napkins, seen above.)

So, that's it, my thoughts on Fareed Zakaria. I'm sure he can get back in everyone's good graces. He can find someone to write him a real good killer apology, and then he'll be back to normal. OK ... on to the festivities at hand, "Our Policy on Napkins."

When I go to a restaurant, I can barely enjoy myself. I'm sitting there worrying about whether the owner and staff and waitresses are making enough money to make it pay. Because I do not want to be interrupted in the middle of a meal with them telling me the place is closing. That'd be terrible. Guys carrying away the tables, taking pictures off the walls, dumping the mints and toothpicks in a box, etc.

Since I'm so worried about it, I try not to take things I haven't explicitly paid for. Like toothpicks. I restrict myself to one, or two at the most. The mints is another actual example. I take one and that's it. I don't want anything free. And I'm also thinking that this is what they're thinking too. We need to keep an eye on this guy, so he doesn't rob us blind. Which I would never do!

In my opinion it might be more helpful for them to just come right out and say it. Although it looks funny to have signs around warning you, "In order to keep our prices low, we must insist that there be no sharing from the buffet." Chinese restaurants are big on this: "Absolutely no carryout box on the buffet, our prices to keep low." The average person might be stunned. You mean I can't load up?

I'm phrasing the policy on napkins just as an example of how it would go. Yes, based on warnings I've seen in the past (cf. Fareed Zakaria):


In order to keep our prices low, we ask that patrons please restrict themselves to one napkin each.

This might be trouble at some restaurants. Like the ones with sloppy hot chicken wings, where you need a roll of paper towels just to keep your face barely clean. But the price of napkins, however low it is, adds up if you multiply it times millions of patrons. So here's a more lenient policy:


If you need a napkin, please help yourself. Take all you need, but please wipe yourself with all you take.

Saying "Help yourself" sounds dangerous, and yet they're usually pretty trusting when it comes to napkins. The only place I've really seen anyone abuse the trust is McDonald's, where the poor basically stock up on napkins for toilet paper at home. Which is why the price of Big Macs keeps going up, to subsidize the poor so they can wipe and have good hygiene.


Our napkins are for our guests' immediate cleansing process in regards to the meals they've purchased on this visit, and are not to be used for wiping places not used in the actual eating process. We recognize that digestion is ultimately part of the eating process, but because there's no immediacy to it in regards to your present visit to our facility, we must ask you to refrain from stocking up on our free napkins for your bathroom at home. That is entirely inappropriate, and disgusting to visualize. Even though everyone does it.

Posted by dbkundalini at 8:33 AM