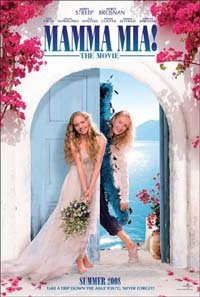 You'll recall yesterday, I was concerned about Grandma's health, sort of. I was monitoring her breathing, which was very shallow. I looked it up at WebMD and it turns out three or four breaths a minute is not normal. I say I was "concerned," which might not be entirely accurate, for the simple fact that when you're 104 anything other than a death rattle is good news.

I've been doing my best around the place to look after her. It's getting to the point, though, where I'm experiencing cabin fever. I feel like I deserve a life, too, yet here I sit, night after night, while the rest of the world whoops it up. Sometimes I look out and see a car speeding by. There's someone out there living the fast life! And it's not too hard to imagine that maybe it's a mixed party, you know. Maybe a guy in a car with a few girls, a convertible, and their hair is flying loose in the wind. And the guy's laughing and glancing in the rear view mirror at one of them, knowing that he's cutting a fine figure for anyone who happens to see him speed by. It's debauched, of course, but not without a trace of desirability.

OK, enough sitting here stewing in our own juices! I've made a decision! I wake her up, "Grandma, Grandma..." And I suggest we go to the movies!

I've been wanting to see the new chick flick, "Mamma Mia!" And probably it'd be something she'd enjoy as well, being something of a chick. So I went to all the work of getting her up -- a labor of love -- getting her dressed, getting her and her walker and wheelchair to the car, and we went to the theater. We're right on time, and I know it's going to take some doing to get her in, but thankfully it's just the previews showing.

She being in a wheelchair we had no choice but to go all the way down front. I don't mind the front but I know it's going to be bad for her neck. But I shouldn't have worried, because right away she dozed off. Just as well because I'd hate to have her asking me all the time, "What'd they say?" Or worse, eating all the popcorn and spitting out the hulls...

So, how was the movie? Great! ABBA songs, some of the greatest songs of all time. I'm loving every minute of it! I'm tapping my toe. But I have to confess it had such a sense of abandon and of fulfilling your dreams -- an exotic locale, redeeming the past, true love winning out -- that I had the temptation to run away. I started thinking about my life and what else might be possible. (Spoiler alert:) When Sophie sails off with her boyfriend, I'm thinking, I need a boat and a chick like her or Meryl Streep. But, getting back to reality, I'm very very concerned because they didn't do the song "Waterloo," and the movie's obviously winding down. And then, a welcome surprise for me, the cast was out on stage (in the film) doing it as a closing number! Yea!

Pushing Grandma and her chair out to the ordinary world after that was a completely letdown. There's the car, there's the same old street, and then later, the same old house. But she was none the worse for the wear, and in fact it may have helped her. Maybe some of the lively tunes sank into her consciousness, her reverie. Once I got her back in bed her breathing had picked up and she was doing pretty well. Also it could've just been the movement, the exercise.
Posted by dbkundalini at 4:49 PM