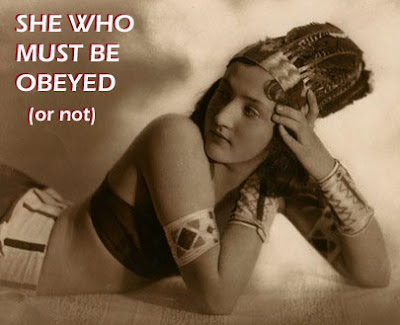 I'm feeling scatterbrained today -- at least my thoughts are diverted. I'm having a hard time concentrating. But that doesn't mean I haven't got my normal duties around here. Checking mousetraps, fixing meals, drinking coffee, watching the news, praying for Grandma's health, holding the bucket and Kleenex.

I'm aware of what's happening. It hasn't always been that way. I've had what I call "anima attacks" before, serious "falling in love" episodes that are all consuming and very painful. Someone says something about how some woman, as an example, moves her mouth in relation to a particular joke. And without warning the ascent and attack has happened! Or hair -- of course hair is a notorious anima trigger. But anything can touch those hidden connection points, so it's not exactly predictable.

Some of my recent thoughts -- such as of the girls driving by in the convertible with their hair blowing in the wind or my "Wild Thing" ordering whiskey at the soda shop -- are the stuff leading to the movement of anima ascent. Then various things are in a sense conspiring with and congealing around these disparate images until something puts one over the edge. Except my current state of being smitten has no actual target or potential partner -- it might just be frustration-based. And in all honesty I'm not over the edge, just near it, and it helps to be conscious of what's going on.

[Hang on a second, Grandma needs to spit.]

OK, I'm back, just let me wipe my arm... That was terrible. I guess the exercise she got when we went to the movie was a mixed blessing. It gave her the reviving but also seems to have worked up some phlegm that was apparently living at peace with its neighbors in a cul-de-sac somewhere in a forgotten part of her lungs. And it must have been all the moving around -- getting in and out of the car -- that got it all worked up and up in arms, so she's been hacking out their disgruntled citizens all day.

Getting back to my problem: The movie probably didn't help the situation with this incipient, though, I hope, avoidable, anima attack, the movie being "Mamma Mia!" [their exclamation point]. I've been thinking about it, which helps my ability to remain conscious of what's going on. Also, and this could be part of the danger, I've been listening to my ABBA "Gold" CD, so it's reinforcing the themes of the movie. I try to stay clinical; I keep thinking of its structure, man vs. himself, the anticlimax, the climactic twist, etc. Nothing wrong there. But the themes -- the love affairs, the wedding, the sailing away -- you can see the sorts of projections and transferences that are not just possible but likely for one as susceptible to it as I.

I'm kind of a fool, I guess. Why foolishly dally around with a chick flick? It's not like I don't know better! A passage in Man and His Symbols, edited, with an introduction by C. G. Jung, stands as a kind of stern sentinel to warn men away from chick flicks:

"The anima is a personification of all feminine psychological tendencies in a man's psyche, such as vague feelings and moods, prophetic hunches, receptiveness to the irractional, capacity for personal love, feeling for nature, and -- last but not least -- his relation to the unconscious" (p. 186, Dell paperback).

So what is within is personified. No problem, you say? But M.-L. von Franz, writing there, begs to differ, giving a cautionary Siberian tale, that you perhaps forgot, illustrating a destructive anima. A hunter sees a beautiful woman on the other side of a river. She waves at him. He throws off his clothes and dives in, but she flies away in the form of an owl. Then as he swims back he drowns (pp. 187 and 190). In this case the anima symbolizes an unreal dream of love, happiness, and maternal warmth, and, I believe, importantly, reminds us to make sure the women we meet aren't secretly birds.

Well, enough of that. Yes, yes, there is a whole positive side as well. But I can't afford to sign up at Match.com, I don't like the whole bar scene, and, anyway, I'm fairly happy here on the half acre, you know, tending to Grandma in her golden years ... that never seem to end.

My strict resolution is this: What I need to do is not look at any cool women driving by or any with a "fairy-like" character (Ibid, 191). They're the absolute worst!
Posted by dbkundalini at 6:28 PM