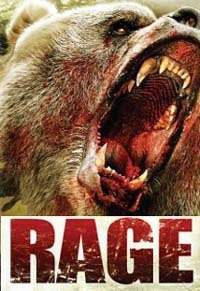 The anger I feel against the industrialists and the industrial powers, documented at this blog over the course of the last few months, is great.

To say my anger is great is something of an understatement, because it could more accurately be called rage. Outright, total, veins popping out, neck straining, fists clenched, teeth bared, hair bristling, eyes flaming, jaw setting, red faced rage. A rage that cannot be contained or encompassed. A rage spilling out, going everywhere.

All things considered, it's hard for me to sit in my chair. I'm a raging inferno, ignited, blazing, burning out of control. It's no exaggeration to say I'm beside myself, questioning the fates, unsure of my own sense of well being, struggling to make some sense out of something that would elude anyone. What do I do next? Is my life to be given over to this struggle, to the point that I become a wasted cinder?

If the struggle is to continue, it's understandable. My anger, my rage, is something that is understandable. The issues at the heart of my struggle are serious and must be addressed. I have society's interests and the interests of the world at the center of my thoughts, taking on the industrialists and industrial powers after careful consideration of their crimes.

My anger has built, starting out a few months ago as an indefinable thing. It was piqued when I started nosing around the industrial section of my town. It was nurtured as I continued nosing around, gathering evidence of the industrial powers' crimes. It was sustained as I nosed around even further, and as the evidence mounted, the seriousness of it becoming clearer all the time. It erupted sometime after that, and perhaps became more of a conflagration the more the industrial powers responded to me, and that in an excessive way. Life and limb were threatened, and my response has been one of obstinacy.

Now, today, this minute, just writing about it has had something of a calming influence. But between sentences, in those brief spaces, my anger picks up again. And if I pause a little longer, trying to gather my thoughts as the intensity mounts, it all gets very bad again. At this very moment, pausing very briefly between the last sentence and this one, things are tamped down nicely. Then if my pause goes a little longer, as it just did, I feel my ire stirring more vehemently, so much so that even now my right hand is shaking a fist at the window, and it's all I can do to bring it back down to type the keys that involve the letters that it most typically handles.

With increasing experience dealing with this rage, I know that when I get done tonight with this post, I'll be standing, facing the industrial section of my town, shouting epithets and vowing vengeance. All this is certain.

So, that's it for tonight. My anger is widespread, it's against the industrialists, and it is sweeping the nation.
Posted by dbkundalini at 9:12 PM