Ignoring Or Nurturing A Hiatus 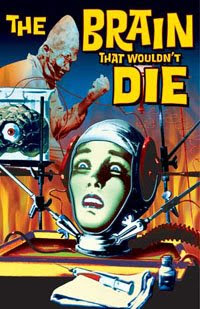 To ignore something in the proper way means withholding from it the attention it craves. With the goal being to ignore it and hope it goes away. That's what I do with tornado warnings and I haven't been hit yet.

Withholding life support and heroic measures from a dying person -- perhaps your mother, father, brother, sister, or grandparent -- is a form of ignoring them. It's not that you don't appreciate all the good times in life you've shared, all the laughs you've had together together, but to prolong their life at this critical juncture, right when your insurance has run out, would be devastating to all. And unless you're a seriously committed Republican or with Al Qaeda or some other dysfunctional ideological cell group, you hate human suffering.

I guess we all know about ignoring and nurturing things. But it's not always true that ignoring something makes it go away. Like, just looking around the room here, if you ignore dust bunnies they don't go away; they get bigger and become full grown dust rabbits, and you know how rabbits multiply. If you ignore mold or toilet bacteria it doesn't go away either. With mold, it eats through boxes, walls, bread, oranges. And of course with toilet bacteria, if it gets too thick in there, pretty soon they're throwing up grappling hooks and catching hold of you, and next thing you know you're stuffing your pants with Sani Flush pads.

Dogs, cats, mail, the car ... these are the concrete things of your everyday life and they need tended to. But those things don't apply to my hiatus. The best I can say is hiatuses are different. They better be because ignoring it is what I'm going to do!

My hiatus has become a big bloated unwelcome oafish leech, trading off my good name and living off the fat of someone else's land. It's lounging around the house like it owns the place. At first it was slithering, inching along, very lethargic, like a house guest reticent to make itself too comfortable at someone else's expense. But with constant attention and being in the spotlight for so long, now it's strutting proudly from room to room, comfortable like Hugh Hefner. And I'm seething every time I see it, with every little annoying movement accentuated.

I would love to take the biggest butcher knife I could hold and hack it to bits. Then I'd drill right to its rotten core, if there is one, and take its life force, its consciousness, its center, and do something with it. What? I don't know. It'd be cool to keep it in a dish, hooked up to wires like "The Brain That Wouldn't Die." And to make sure it was plexiglassed in so it couldn't escape back to the wild, with minimal airholes. Then I could sit and fire up a few electrodes and watch it dance to my tune for a change.

But like I said, at this point I don't have access to butcher knives or any sharp objects. They've all been confiscated and hidden. He's well aware of much of what's going on, but not this scheme I've got to shrink him by ignoring him. So it has a good chance of working. Then when I get him shrunk down to a manageable size, maybe I'll be able to snuff out his life, or put him on life support and moisten his lips like once a month. If he dies, I could be like one of those boolah boolah witchdoctors and have a shrunken hiatus on my wall.
Posted by dbkundalini at 7:22 AM