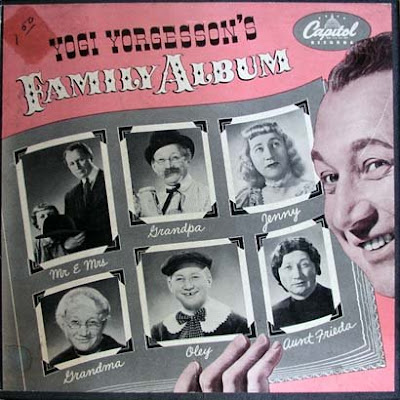 I've been thinking -- mulling it over, rehashing it, revisiting it continuously, contemplatively stewing over it, and chewing it endlessly since yesterday -- about what I said yesterday about not ogling beauty because everyone's a future corpse...

Anyway, you see a lot of beauty prancing around at the pool, but, really, after a while I don't even notice. Because what's the use? They're all going to wrinkle up, get cancer from the sun and die anyway. Eventually. Why should I go around ogling a future corpse? In my mind everyone's being sized up for a casket, which is a major turnoff.

Going by that logic, why have any human relations? Why even be alive? So I'm thinking today maybe that isn't the best logic. I can't live like that, can I? Since I wrote that I've driven around and seen, you know, decent looking ladies, and have had to run it through my stated policy there. And as bad as the policy is for possible happiness and pleasure in the meantime, not to mention the mutual satisfaction that relationships are said to provide in other ways, no one can dispute the underlying claim, that everyone's being sized up for a casket or an urn (leaving out those who are buried at sea or will be frozen in some crazy guy's freezer or will be stashed in a cistern, etc.)

You see the progress that aging makes. It seems inexorable and obviously is. I think there's some religion and religious claim that's essentially this: The world is a corpse. Maybe that's the religion for me. I could look it up on Google.

Here's one, from a Muslim site that I don't know anything about, in case the government is wondering:

At another place Ali, Abu Turab (as) said: "The world is a corpse. Whoever seeks it is a dog."

Let me ferret out, or otherwise glean or grab and go from this statement, some conclusions for the living of life between now and the time we expire. Part of me says pull in, live like an ascetic because you need to be spiritually ready. No ogling, no cuddling, no looking longingly into those big beautiful blue eyes, no stroking, petting, pining, lusting. Kind of like Jerry Falwell's college except I also need to throw in no pants on girls.

Part of me says that. But the other part says, life's a ticking time bomb, why not enjoy it while it lasts? Because what's the difference if you did or didn't? If we're simply a corpse, friend only to the undertaker, who himself is only a friend to another undertaker, and so on, we may as well go out in style. Hence, ogling is not only good but de rigeur. (Yes, I do dialect.) "De rigeurmortis ess gwine t'git you, Boss." So ogle, grope, grasp, stroke, and pet to your heart's content. And if you can find a partner, so much the better.

Or, and this could be true, the saying that the world is a corpse -- while it resonates with me for immediate behavior -- could be only a philosophical truism and not meant to guide the day to day stuff. It's the same, on a smaller scale, of saying the world will burn out in a conflagration 5 billion years from now, but we don't commit suicide today. In that case, enjoy your life and I'm sorry to have bothered you.

But I've seen enough dead relatives to know that this business of people passing on is real. It's real today. A girl looks decent enough, but in 40 years she's your Aunt Frieda, like Yogi Yorgesson in drag. And next thing you know we're looking mournful, then an hour later eating ham sandwiches and laughing. Frieda's under the ground, six feet under, if of course the phrase can be proven literally true.

This is the kind of thing I'm wasting my hiatus on. But in the larger scale of things, life in general, I only have a few seconds left to live. And obviously it's not going that well.
Posted by dbkundalini at 7:15 AM