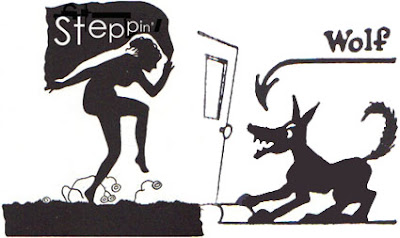 If you've noticed, I've been a sourpuss lately. I'm literally sitting here right now unable to think of one funny thing to say, nothing.

The problem -- I may as well say it -- is I've been reading more than usual. Which of course is highly recommended if you want to be smarter. But if what you're reading is basically cheerless, or extremely serious itself, it's going to carry over. That's how it is with me.

I've got a stack of Hermann Hesse books I've been carrying around forever, since college, and decided to read a few of them. Or reread, as the case may be. So I've been doing that, and while they're interesting enough to me, they leave my brain in a humorless mood, in a serious gutter.

The first one I picked up at the end of April, "Rosshalde." This was one I'd never attempted before, mostly because the title "Rosshalde" sounds boring. It doesn't suggest anything to me, nothing sexy about it in the least. But I was thinking, 1) I want to read something; 2) I don't want to spend money on Kindle editions as long as I have books on the shelf; and, 3) It could be these are actually good. Even this one with the boring title, "Rosshalde."

So I picked up "Rosshalde" and actually read it. As good as it was, there went my cheer, turning me a little bit into a sourpuss. It tells the story of an estranged couple, she living in the main house, he an artist living in a smaller building on the estate, called Rosshalde. They have two sons, a snotty older son and a favored younger son. The artist gets the idea from a friend to move to India and makes plans to do so. The younger son gets sick and dies. In the end, if memory serves, the father is about to go to India. I really wanted the kid to die in the middle and to see what happened to the dad in India, but it didn't work that way.

The next one was "Demian," which I had started before and gotten through the place where Kromer is torturing Sinclair and the intro to Demian himself. But I started over and hated to go through all the Kromer part again. It reminds me of the Andy Griffith show where a bully shows up and wants Opie's milk money. Parallels in literature. Anyway, the book picks up when we meet Demian, although there's no predicting where this book is going to go. It's a surprising narrative, with lots of cool bits of religious thought.

I knew of it, the stuff about the god Abraxas from one of Stephan Hoeller's books, a gnostic scholar, so it was nice to see how that worked out in the actual book. The main character, a boy, has this intuitive/spiritual connection with Demian and Demian's mother, and, guess what, it's already slipping away from my memory what it's all about. (They've got the mark of Cain!) As good as it was, it turned me a little bit more into a sourpuss.

The next one I just finished today, "Beneath the Wheel." This one took me a little longer, even though it's an easier read than "Demian." Hans Giebenrath is a brain, gets the opportunity to go to the Academy and has a bright future ahead of him, if he studies and really applies himself. But he meets a little more eclectic, poetic character, Hermann Heilner, another student, who, in my opinion, is a bad influence on him. So Hans starts doing poorly and eventually gets kicked out of the Academy. He goes on to apprentice as a metal grinder, then on that very weekend goes on a drinking binge and ends up dead in the river.

I guess Hesse was making some comments on schools taking away people's freedom, making them part of the system, stealing their childhood, or something, crushing them beneath the wheel. Well, I'm not that much of a conservative, but, dammit, I don't see it. If I had it to do over in college I would really apply myself and try to excel. In my opinion, they should've kicked out Hermann early on, or not let him in, a bad seed, and kept Hans' nose to the grindstone. Nothing wrong with being a scholar! So that made me quite a bit more into a sourpuss. I did shed a tear when he died, and that didn't help.

Then the other one, which I just started on today, is "Steppenwolf." This is one I've already read twice, but now that I'm 58 I'm hoping to see different things in it. Which is entirely possible, because I barely remember anything about it really. This stuff is easy for me to forget. Anyway, I read it in college, when I was probably 20. And I read it sometime between 30 and 40. And now I'm reading it at 58. I've gotten through the intro, the one guy's impressions of Harry Haller, and next up is the found manuscript. I'm sure what I read will jog my memory, but at this point I'm blank about what's coming up.

Here's an interesting note that I wrote when I was 20, right inside the cover. There's two review blurbs, then below those I wrote, "It is my sincere conviction that I stink. -- H. Haller." So that's what I thought back then.

Maybe after "Steppenwolf" I'll read something more cheerful ... and it'll be better for me.
Posted by dbkundalini at 8:02 PM