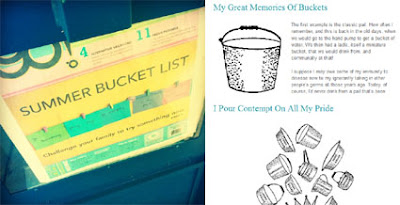 I've never been one to see meaningless coincidences. Only a few times. Once a guy said to me, "I don't believe in coincidences." And I said, "What a coincidence! I was going to say the same thing!" Usually I just think, It's a big world. The same things happen to everyone. Of course there's going to be similarities and parallels.

But then, like it or not, it starts getting creepy. You've got on a blue shirt, some other guy has one. Your brother gets a speeding ticket, someone else you know gets one. And maybe there's a real kick in the pants: Your electricity goes out and suddenly everyone in the neighborhood's off, too! At some point, even the diehard skeptic has to admit something's going on...

Is it evidence of the Divine working in our midst? I'm not willing to say that precisely, not quite yet. Because, frankly, the trivial nature of many coincidences keeps me from it. Still, it's something to examine. Maybe my reticence comes from having too big an image of the Divine, so the problem's with me. If the Divine, let's say, being eternal and therefore ageless, is still like a cosmic one-year-old, through no fault of its own, then a lot of immature bullshit tinkering with people's heads wouldn't be out of the picture. It's something to consider.

Instead of that, I'm more open to a reexamination of the theory of synchronicity, one of the famous theories C.G. Jung stole from The Police, inspired as he was by their great album. The theory states, basically, there is a discernible connecting principle between apparently unrelated phenomena that happen simultaneously or nearly so in time. Along with this, it can be apart from any cause and effect relationship that we usually posit, being therefore termed "acausal."

For example, let's say there's Horse A in Florida, Horse B in Oregon, and Horse C in Maine. Each horse is sick on Tuesday, well on Wednesday, sick on Thursday, well on Friday, sick on Saturday, and finally put down on Sunday. At first glance there's nothing obvious to our limited sensibilities indicating a connection or any cause and effect relationship (with the distance between Florida, Oregon, and Maine), so it simply seems like a pure coincidence. But looking deeper I think we can make an excellent case for a meaningful synchronicity, because what are the chances of three horses in a single example being called Horse A, Horse B, and Horse C? There's a clear pattern.

With that in mind, imagine how freaked out I was yesterday when I saw the newspaper's headline: "SUMMER BUCKET LIST." The day before (Sunday) I had my post, "I Pour Contempt On All My Pride," involving buckets. Then yesterday (Monday), the same day as the newspaper, I was working on my post, "My Great Memories of Buckets." The timeline went like this: 1) On Sunday I had no knowledge what the Monday paper would say. 2) On Monday I was working on the post, then saw the newspaper, then went to finish it up.

How does stuff like that happen? And what does it mean? I haven't seen anything freakier since the day I was imagining what Johnny Cash's funeral would be like, and the next day I read online that he died. Meaning that my imagining of his funeral was happening literally as he was dying! That's odd, yes, but this bucket thing blows my mind!