I Rescued A Gnat 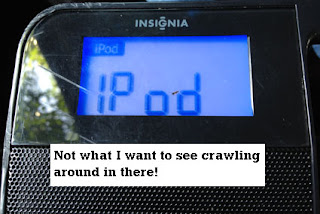 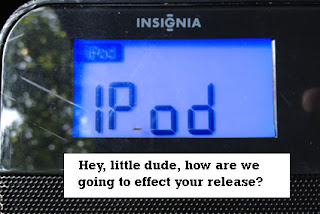 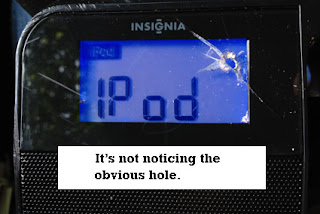 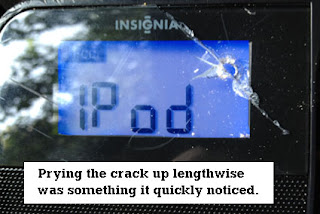 I'm not a scientist, I think it was a gnat. If a gnat is a tiny bug with tiny wings and features hard to distinguish because of smallness, it was a gnat.

Whatever it was, it surprised me when I went to play my iPod on my portable Insignia player. It was crawling around, not on the outside of the player but inside!

That's a new one for me. It had apparently crawled in one of the vent holes. Of course it wouldn't take much of a door to fit in. Any little hole would do, but what if it forgot how it got in and forever failed to get back out? The problem for me might be, I'd have to see a gnat crawling around in the window until it died. Which might take a while, and would be depressing to me, even though it's just a gnat.

Just a gnat. I actually sort of have feelings for everything. But I'm not a fanatic about it. I occasionally step on bugs and or squash them with toilet paper or swat flies. It does bother me, moderately, depending on the circumstances. Normally, though, say it's not especially disgusting, I go to the trouble of catching it gently and tossing it outside. There was a little spider hanging in the bathroom that I never did disturb.

In this case, the gnat, I didn't really care that much if it lived or died. But please, I don't want to see you marching upside down in the window of my iPod player forever! And yet, what should I do about it? I don't know how to take anything apart and get it back together again. So in this case I just made a hole in the window with a tire iron and eventually freed the little thing.

My player looks like hell now, but I'm not trying to keep it in mint condition. It fell off my car once and bounced around on the road. It shows plenty signs of damage, while remaining a nice player. And now another permanent scar.

I made the hole and waited for the gnat to notice it, which it wasn't doing. I tinkered around with the hole, trying to make sure there was an actual way for it around the plastic shards hanging down. It wasn't working. Then, finally, I opened the break a little more along its extent, prying it up, which worked best of all. In about two seconds, the gnat noticed it, came forth, and flew toward the car window. Since they're tough to keep track of once they're a foot or so away, I assume it made it outside; I never saw it again.

And just as well. It's gone. I didn't want to see it again. But now I have something to remember it by -- an enduring hole and break in my player. Quite the adventure, huh?
Posted by dbkundalini at 7:11 PM