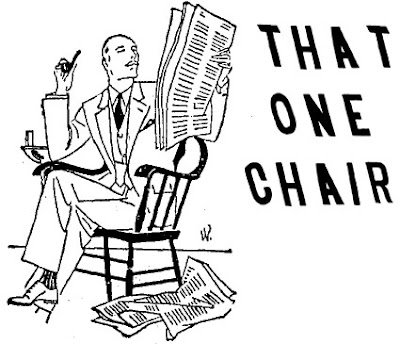 I thought he was a very debonair fellow, and so likely to be fairly memorable. We met him -- a close friend and I -- at a party we attended, around a pool with no one swimming and everyone enjoying barbecue.

The guy looked something like a retired ambassador, even a snob, but I recall he was nice. I remember telling him about my game toe, although admittedly it was just something I shared generally with the group, so it wasn't that I was focusing on him alone. His name was Troy, that much I remember. It actually didn't stick with me, the memory of his name, but if I sat and thought about it, sounding out various sounds in my head, I could come up with it.

A lot of acquaintances are like that. If you don't have some good reason to remember them, you don't. And with Troy, it was basically just that one time I saw him up till recently. Just a further word on it, I probably should have remembered him better, because he offered me services in whatever line of work he is in, something to do with either construction, equipment for rent, or apartment management. Not being in the market for anything, I made a mental note of it and promptly forgot.

Time passed by. Years. It's been almost two years since that night. When who do I run into but the same guy, downtown, eating at the same restaurant, chicken wings. "Hey!" He didn't call me by name, and I remembered his name only after we'd parted.

But my lack of memory isn't anything compared to the close friend referred to above. I was telling her that I'd run into Troy downtown. And she went, "Who?" I tried to describe him. We were at the barbecue, he was a debonair looking guy, his hair, his clothes, his line of work, etc., the kid and wife he claimed to have overseas, etc., but none of it rang a bell.

And I was thinking, trying to remember more, and said, "We were sitting here and he was sitting over there, you know, in that one chair." This was one of the clearest memories I had, besides his physical appearance -- being fairly debonair -- the chair he was seated on and where it was in relation to the rest of the guests. But, no, even that didn't ring a bell for her.

Some people's memories are terrible. But mine is pretty good, on average.
Posted by dbkundalini at 3:47 PM