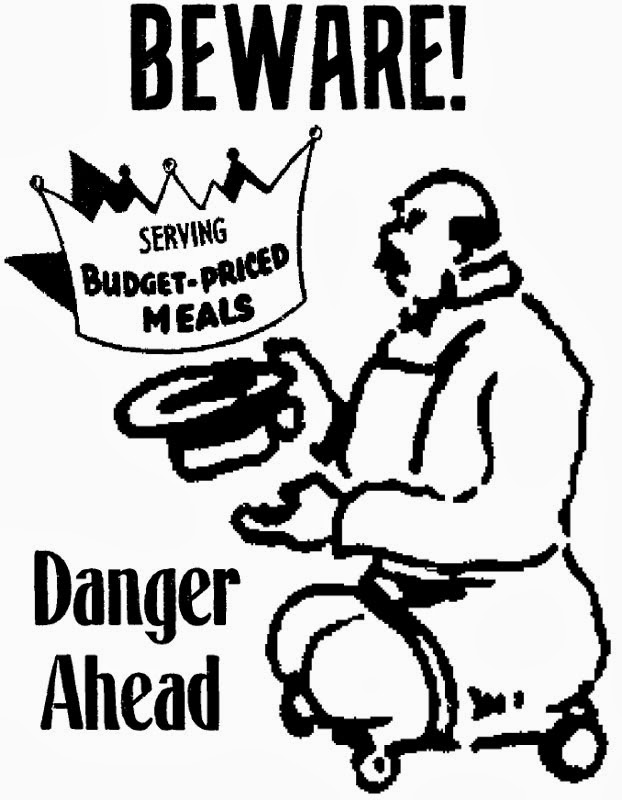 I used to be the world's most generous soul with drifters and beggars. I have a history of helping some of these lost souls, not so much with money, but with rides, etc.

Ho! Just saying that recalls some examples. When I was a teenager I picked up an old guy named Howard Johnson and was carting him around like a pet guy. Took him to my teenage friend's place and he was hanging out with us, 60-something with us 17-year-olds. I even had some hitchhikers over to my place one night and they shared my bed while I slept on the couch. Of course to do that now would be ... the chances are nonexistent.

I'm still an extremely nice guy, just not that nice. Or should I say, not that crazy, foolhardy, and stupid. Because you can get into some real legal trouble with beggars. That's my contention, anyway, even though I don't have any personal experience of legal troubles. But look at some of these guys. Who looks more devious than them? Who's had more free time to study law books (like prisoners do) to know all the legal loopholes? Back when I was a kid, when I picked up Howard Johnson, we didn't have the internet, let alone the internet in libraries.

Here's how stingy I am, not out of meanness but a fear of legal liability: I will not give a beggar food! No way! Once you've given food, you are open to all kinds of liability. That's why restaurants have food licenses, are subject to periodic inspections, and have insurance. Because people can get sick from food-borne bacteria, and sue the pants off you. We go out for pizza and sometimes have three or four pieces left over. It'd be the kindest thing in the world to give it to beggars. Unfortunately, it's also stupid. The last thing I need is some beggar fingering me to the police. "That guy made me puke!"

One time I saw some guys walking down the street with leftover spaghetti. Spaghetti! Someone thought to save their spaghetti leftovers. Like it's not 99 cents at the grocery store for enough spaghetti to choke a horse. They'd apparently come from an Italian restaurant, because they were drunk and I guess Italian themselves, probably. So what did they do -- in their drunken condition -- but give the leftovers to four beggars. Who when I passed by were simultaneously eating their fill and consulting law books. If I were the idiots that gave it to them, I'd be changing my clothes in a back alley and looking for a quick facelift.

Whether a masterful disguise would really help, though, is up in the air. Because it's just as likely the beggars had attached a sensor to their clothes, with the ability then to zero in on them via their iPhone, to be able to track them after their "sickness" came on. "Hey, my belly hurts!" Dirty bastards.

Other than fear of legal troubles, which is 99% of it, I hesitate to give to all the "veterans" on the street. I know there has to be an actual veteran here or there down in the mouth, but are they really on every corner, every single day of the year! I don't think so, but maybe they are, since veterans have been used to many privations, maybe even being promoted all the way to generalizations. Forgive me. Even if they are veterans, there's no less a chance they might sue the pants off you. "He gave me a quarter coated with the polio bacilli! That's why I'm sick, that bastard!"
Posted by dbkundalini at 3:12 PM