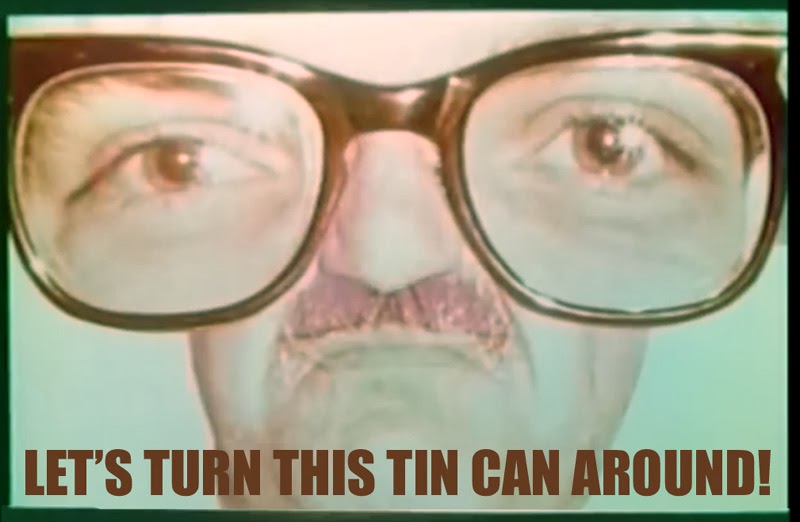 Which came first, familiarity or contempt? We know familiarity breeds contempt, but what bred familiarity? It's the age-old question that I'm an expert in avoiding. Hence, if you want more questions than answers, look to me, who admittedly doesn't know much. And since I don't know much, to me everything looks huge. It's only the real experts who can take huge things and effectively minimize them.

You see, for the experts, big challenges are little. They have gained this perspective through study and experience, consolidating their gains until they're able to stride, Godlike, over their particular field of expertise. With the eventual payoff for them being a fresh pot of coffee.

I too have known things -- in the distant past -- in jobs I've had. I started out in the printing business, which since, now that I'm out of it, has made enormous progress in technology and techniques. I could never find a place in the industry now. But I always had the consolation that, lacking any other opportunity, I could go to Mexico and work, Mexico always being 20 years behind the United States in technology. But because it's been over 20 years since my departure, even Mexico has left me in the dust.

OK, let's turn to the experts and their minimizing. When I see a jet airliner I think, "What an enormous, awe-inspiring machine -- way beyond the Wright Brothers and their dinky plane. Now planes are vast in every way, with potential I can only wonder at." But to the expert pilot, it's just another day at the grind. He sees the airport looming, a mere 500 miles ahead, and says, "Let's set this bird down." Or, maybe there's a problem, they're approaching the wrong airport, and he casually says, "Let's turn this tin can around and get 'er to the right barn." And they make plans for a nice cup of coffee afterward.

Doctors are one of my favorite experts, since they're so obviously minimizing it, this time for the sake of ignorant patients and their ignorant loved ones. (I'd love to be a fly on the wall in hospitals, since this is a joy to watch.) Doctors see their relationship with them as familiar, while secretly knowing they know it all and we know nothing. So you have a consult where this kind of minimizing takes place: "This little rascal (the tumor) is about the size of my fingernail, nothing really. We'll get it out in two shakes of a lamb's tail -- lickety split -- and you can get on with your life."

But when he's with other doctors things aren't so rosy. "Even a single cell is of course enough to kill him a dozen times over, and it's already the size of a fingernail -- huge. I'm giving him only a .0038% chance of survival, and that's totally incapacitated. Now let's get coffee."

Even our men of the cloth -- our own minimizing term for the modern shaman, defanged in our estimation -- are holding back, having seen it all. "Your loved one has gone to a better place," they say, although they usually personalize it, increasing the minimizing: "Edgar's in a better place. You'll see him again." Were he to tell the truth, he'd have to bring in all kinds of competing theories of the afterlife, and even get into the whole thicket of theories on life itself. Everything from the universe being a vast living organism and all of us part of it down to our more typical view of the universe as dead matter with an omnipotent God, a larger version of ourselves, looking out for us. Take your pick, but remember, there's everything else in between.

So what's the problem? The parishioners would look at him with disgust, and he's expert enough to know it. Why bother, especially with a hot, steaming hot, piping hot, delicious pot of coffee waiting him back home.
Posted by dbkundalini at 8:32 AM