Two Bears Vs. One Boy 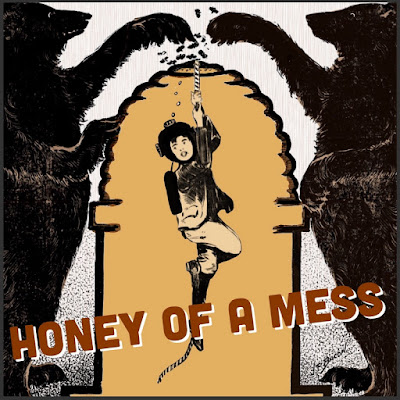 If you put these two head-to-head — bears vs. the boy — it’s hard to root for the bears. Because we have a certain nostalgic interest in the human being surviving. Part of it's our self-interest, not just sympathy for the boy. Because we feel that it could be us, in which case we’d want to escape.

But really what’s the use of “rooting” for someone? He’s going to get out alive or he’s not. Unless the laws of physics are overruled by hopes and wishes. Then we have to consider, he was there when we got here. It's all past tense. They either got him or they didn't. If I had to guess, I'd say it was easy to overpower him. Maybe the boy even had the advantage, because the brute beasts, two fighting over one might let him slip through their paws. He might've pitted one against the other, then escaped.

We really think we can outwit an opponent. Cause a distraction. Use trickery to divert the opponent’s attentions away from their position of power. Is it fair play with bears? In a sense, no, because the bear doesn't understand trickery. We’ve always been taught that we should “tell the truth,” and that’s not true if you’re creating a distraction. But pitting one thing against another, being able to escape rather than die, is good even if it hurts the bears' feelings.

Joey, the boy, was at a loss, distracted in his own mind. He had a sweet tooth and that did him in. With the kicker being his family had honey in the fridge. And there might’ve even been an unopened jar in the pantry. But he apparently thought, “Fresh from the comb is best." So he hazarded two natural enemies, the bees themselves in addition to the bears.

It’s understandable that he'd want to crawl into a honeycomb. We used to do it. Playing hide and seek, you dig in the side of the comb and get in as fast as you can before the honey drains out. Joey patched it up pretty well because the honey's still full to the top. But that fact cuts two ways, deprived of fresh air and trapped by bears without so much as a fire escape.

It’s sad, it’s regrettable, but they did get him that day. Even though he got out, he was so coated with honey that running was futile. Plus, boys are no match for bears. It all took place right there. And in Joey’s honor, next year we'll have warning signs.
Posted by dbkundalini at 6:00 AM