My Worries If I'm A Dog 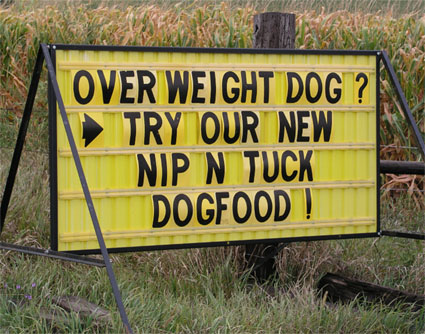 I don't know if dogs have worries. I know there's things about their lives they don't like. Underbrush hates it when I pull out the brushes and clippers and things. I would guess, then, if they have preferences, then they have some worries about they don't like, even if it's only manifest in the immediate moment of the thing.

It definitely appears that dogs don't care about who they are, the kind of dog they are, and how they compare to other dogs. There's no identity crises, no ruing their fate, "If I'd only been born a parakeet!" What their lives are is perfectly OK.

I was out watching dogs play one day at one of the parks where dogs run free, and to me it looked like some of the smaller dogs had worries. Because the big dogs were running around, all excited to sniff them, etc., and the little dogs felt somewhat threatened. Most of them seemed a little more hesitant to scamper. But then I saw a couple of smaller dogs who didn't care and romped with the best of them.

One thing that's helpful for dogs is that they have their normal instinctual habits mixed with people taking care of them. So when they're in nature, they're doing dog things, but no one's going to allow them to kill each other. They have a bed at home, their own toys, and food dish.

I wanted to get to some of my worries if I suddenly found myself as a dog. If I suddenly had all the normal instincts, that would be helpful, but it could be a transformation like this might leave me lacking a few. Right away, I'd be concerned about marking territory. Do you just claim territory? Or do you have to hang around for a while until it looks safe to claim it? And is peeing on it really all it takes? Do I need to keep the pee fresh? Can't I just pee "No Trespassing" in the yard?

Peeing is about half of what a dog does. Preceded by about an hour of sniffing out messages left by other dogs. I'm totally unfamiliar with how that goes. How many variations are there in the odors? Could someone get me a manual on what the different odors mean? Are other dogs going to respect the odors I leave?

Speaking of odors, there's all the sniffing of one another. I saw a lot of this out at the dog park. They're getting up close and personal. Blah, what can I say? It has a nasty look to it. This is going to be a big worry, getting used to it and knowing what it all means.

No discussion of my worries as a dog would be complete without touching on sex. If I'm a boy dog, that's different, without getting too graphic about it. Girl dogs have their own worries, probably. A favorite song would have to be "Why Don't We Do It In The Road?" Sounds terrible. If you're a miniature dog and a dog the size of a couch, or, worse, a pitbull, shows up, that could be some terrible action.

Let's get back to the playful, less repulsive stuff. When I was at the dog park, I saw a bunch of dogs arguing over a Frisbee, who gets it. One had it in his mouth, then another grabbed it, then it fell in the dirt and a smaller dog took it over, followed by a bigger dog. All of them had it in their mouth, with drool everywhere. This would be a massive worry for me.

Lastly, there's the bad designs some dogs have. Like I said, dogs don't seem to worry about any of this. But it's a bad look for anyone looking on if, say, you're a totally black dog but you have a blond spot with your anus right in the center of it. I saw a dog like this out there. What a place for a blond spot! If this is what they mean by blonds having more fun, give me misery. A pitiful design like this makes me question the idea of a loving God.
Posted by dbkundalini at 6:41 PM