My Last Brush with Savages 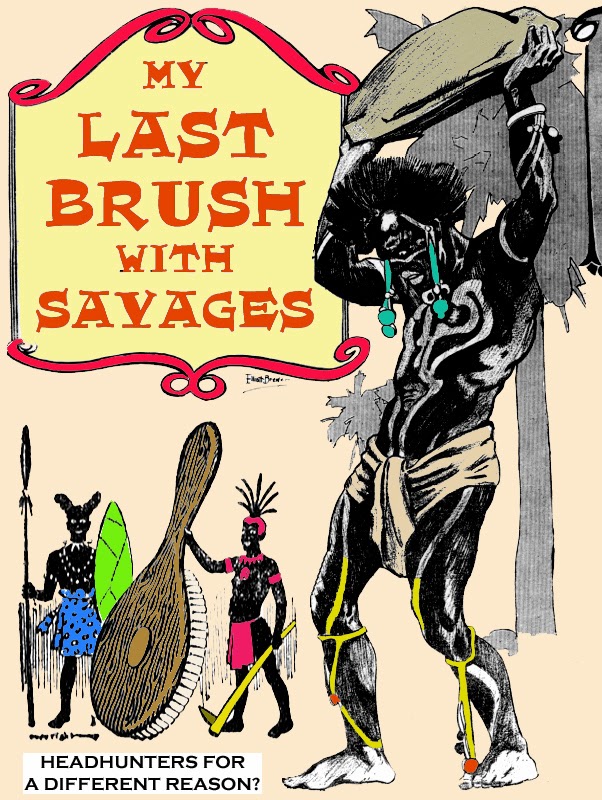 Being a lowly blogger in a world wholly immersed in information, I cannot be sure that my words here will be much noticed or long remembered. And it's frankly doubtful that I will be able to match the historical significance of the Last Night of Porky's. But sometimes, in the course of human events, it simply becomes necessary to do the right thing as you the individual are so moved. With no hope of reward.

That moment has now come for me. Whether I've been internally provoked by the controversy over the Washington Redskins name, Abraham Lincoln's alleged racism, or a visceral disgust at what comes out of Republicans' mouths daily, I've decided to live and let live. No more mental and verbal dissing of the so-called "savages" of the world. That's all behind me now.

Like everyone else my age, I grew up with a pretty huge disgust for what we called at the time savagery. (I just changed in the last couple days, so I hope I don't have any relapses in the course of this post.) The savagery of the world, particularly in the vile acts of cannibalism, the disgusting shrinking of heads, and the perverse roasting of missionaries, was driven home to me, touching me deep in my soul. Just saying it now, I still recoil at the idea that these people -- perhaps for good reasons only they knew (at this point I won't quibble) -- would think any of that was good.

There are, however, customs and cultural differences, which even if they don't make sense to me are probably to be respected. I'm not the judge and jury. There's another they'll have to answer to, and perhaps they'll be commended for following His light, or perhaps not. That's not for me to know. Let's take cannibalism as a cultural difference. Of course it's not my cup of tea. But if you think about it, what's the difference? The guy's dead ... why let him go to waste? Let's say a tiger eats him; it's the same difference. It's not that savage of an act.

The other two -- the shrinking of heads and the roasting of missionaries -- could also be justified. If you're hoarding heads for some reason, to possess the power of their souls (or whatever), if you shrink them they take less room. And they'd make nice toys for the kids, just like we in "civilization" played with gourds. Both heads and gourds are part of nature and make good gifts. The brain inside dries up, and when shook makes a fun noisemaker. As for the roasting of missionaries, my church used to send missionaries overseas. The missionaries then would come home every couple years on furlough, always claiming it'd cost $10,000 more to send them back. Now I realize why: they didn't want to go back. They didn't think we could raise the money. Haven't heard from them now in years...

The basic thing about this switch in vocabulary is as simple as this, the world's changed. We now respect other cultures. And something else has changed. We've been able to look at ourselves more closely, whereas before we only looked out. In those years, we made ourselves the standard of good and right. We were quite definitely blinded to the ways of others, and even to the humanity of others. You'd see it when native peoples were naked, smeared with paint, bones in their noses, etc., and whooping and hollering while dancing around a fire. It never occurred to us that these were rituals of power, pride, oneness with nature and world, and a good way to recycle bones.

Being blinded, then, we didn't see that many of our own rituals were just that, rituals. With the big difference between us and the "savages" being that we had emptied our rituals of power and made them secondary to our "real life," the daily grind. We traded our oneness with nature and world for a few disposable trinkets -- crass materialism and man-eat-man capitalism (cannibalism?) -- and all this time, in our terrible emptiness, we set up ourselves as the standard of excellence! While destroying our environment. Makes me feel bad, a little. I don't know if I can go on...

OK, scratch all that. We're not so bad. If we keep going like we're going, we surely have a good 50-100 years of civilization left, OK? ... It's not that dire. Surely we can steward our water and other resources for another 100 years before they're gone. Ouch, I just had a thought, a terrible thought. That when we're gone, when we've gone the way of the dinosaurs, some of those tribes in Africa, the ones you read about in National Geographic, "untouched" by civilization, will still be going strong. Maybe the "savages" are on to something!
Posted by dbkundalini at 7:59 PM