The First Day of School for Me ... Again 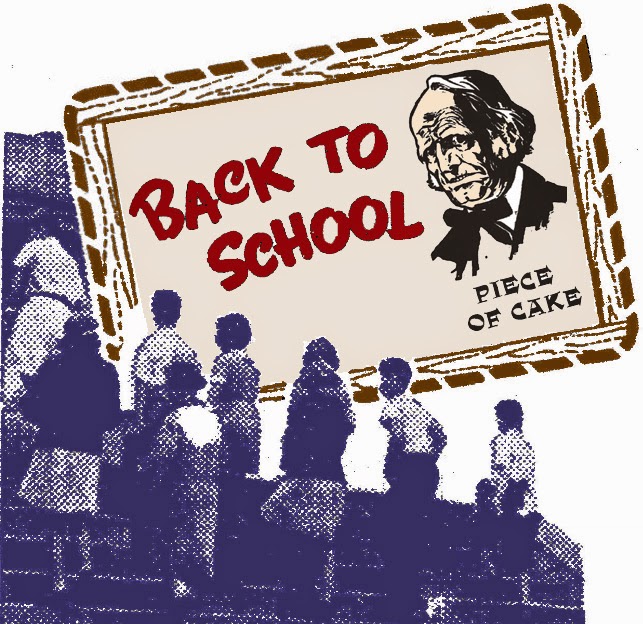 It's the first day of school for me, again. School opened today, meaning I made my annual trek back to see about starting again. Two things went against me: 1) Every year it's getting harder and harder to pass as a kid; 2) They never think I'm serious. We argue the point, I cuss them out, and end up sitting in the corner till the police arrive.

It's embarrassing, of course, to be led from the classroom in handcuffs. But I look on the bright side; it gives the kids something interesting to remember. I can see them now at their 40th reunion -- "Do you remember that old man they arrested on our first day? Wonder whatever happened to him?" -- "I hear he had a facelift, came back five years later, and ended up graduating at the top of his class, graduating early, right out of fourth grade!"

That's how I plan to do it. In four years, just like the kid remembers it. I'll test out of Kindergarten and start with First Grade. Then it's 1-2-3-4 and out. If you can go through college in four years -- I've always said this -- the lesser grades shouldn't take any longer. (That doesn't mean I might not go back and do fifth and sixth grades, the elementary equivalent of grad school. I wouldn't mind doing a dissertation on girls, how yucky they are.)

The only reason I put myself through this year after year is because of something my dad said. That he wished he could go back to school and do it right. He said it, I bet a dozen times, and it always stuck with me. For some reason, though, which I've forgotten, he could never do it, or maybe he just thought he couldn't. Times were different back then. He had to work hard to feed a bunch of hungry mouths. But I've only got me to worry about. And I just ate.

The biggest problem -- and here's where I'm going to confess a few fears -- is that I'm honestly afraid that, as much experience and knowledge as I think I have, I might still flunk out. And they're not fast to flunk kids these days! Not like when I was in school the first time. They graded on the curve then, so a full 18% of everyone failed automatically. Now it's all individualized, giving every kid an honest to God shot at success. Of course the downside for society is that it has to function without a vibrant Shudra caste, drones, worker bees. But with outsourcing so prevalent, and the increased use of robotics in manufacturing, the loss hasn't been that terrible. These days, now, if I fail it really means something!

Think then, too, what it would mean for my self-image if I can't keep up. Because, remember, most of these little honyock mama's boys have had preschool. I never had that luxury. I'm starting in the hole the first day. But I might have the edge after all, since I've been balancing a checkbook for years (math), writing this blog since 2008 (English), and heating up TV dinners since Grandma died (home ec). Plus, a lot of the stuff should just come to me, if somehow I can find a reservoir of common sense within; I believe it's there, but where?

The kids I'm really afraid of are the ones who've been trained in music, playing the piano. Because I've heard that their little brains are wired differently from the average kid, meaning they might be smarter than me on the first day. Even if they're not -- they'll probably be close -- and by the time I graduate, after fourth grade, the little musicians will be so advanced, I might be way down in the percentile somewhere. It'll kill me.