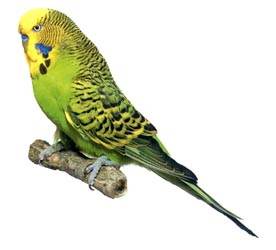 It's something to think about, when anniversaries roll around, whatever the anniversary is of. Like if you got married, that is your wedding anniversary -- whether it's your silver or golden anniversary or one of the others in between those or one below. Our birthday is called our birthday, but that's just a fancy way of saying it's the anniversary of your birth. If you're one year old in our country, you have been alive for a year, although in some countries, I've heard, they consider you one when you're born.

Scholars tell us that anniversaries are arbitrary, in the sense that to commemorate a particular date is only the result of a convention, i.e., our contrived way of marking time. On some other planet, or country, depending on the conditions there, were we to be there, we might choose to mark time in some other way. Then our equivalent of one year here might be a hundred years there. This is what scholars say. Scholars of course have many opinions, some quite treasured, some not worth the paper they're written on. One thing seems certain. The way we do it is the way it's done and likely will continue to be the way it's done, no matter how the intellectual class may buck and belittle the idea.

There are other ways of looking at time -- one of which engages my thought processes on certain occasions, such as when I'm out in the wild, studying nature, which is the effects of the passage of time on other creatures. From childhood we've known a curious fact of life for the canine (dog) family, which is that for them one year is equivalent to seven of our years. To break this down even further, a day for them is like a week for us. The key to this understanding is that everything is a multiple of seven, a fact not contradicted by the equally curious fact that they eat in a day more or less the equivalent of what we would eat in a day. This leads me to muse that a week's worth of time, if it only requires a day's worth of food, means the dog is eating relatively little food. We have the phrase, "to eat like a bird," meaning a small amount, but pound for pound, the dog may be eating much less, simply because of the passage of time as it relates to them and their size compared to birds.

I have had dogs and I have had birds. It does seem like dogs eat quite a bit more, until you factor in their size, as I said, compared to the typical housebird. Dogs are typically in the 10-30 pound range, so they eat 12 ounces to a pound of food on a typical day. Birds weigh around three or four ounces, sticking for the sake of argument with the finch or budgie (parakeet), and they essentially peck at their food and consume very little of it. I've seen enough seeds on the bottom of a cage, and scattered around the floor -- unless there's a very good cage skirt -- to tell me that they're wasting more than they're eating. If it's scattered on the floor, it's hard to separate and reuse. I feel it's best to just let it lay and they'll find it if they get hungry. After all, in nature, observation will attest, they do a lot of pecking at the ground. The housebird hasn't lost that instinct, it's only somewhat stunted because we favor them (spoil them) by too much unnecessary assistance. I was raised on this idea: An animal will eat if it gets hungry.

Really, in addition to birds, and getting back to dogs, I think people pamper their dogs too much. I really do. Things have changed, and we can attribute a lot of it to television advertisements, a transference or attribution of human desires to animals, and the babying that comes from too much attachment or sentimentality in our relations with animals in the home. I could go on. Whether it's allowing them in our beds, on our other furniture, feeding them from the table, or tolerating their many messes, you can plainly go overboard, and people do! This is not necessarily doing them any favors.

When I was growing up it was quite a bit different. The dog was a dumb brute animal in those days. Maybe it knew how to hunt but that was it. The rest of the time it was tied to a tree, and might just as well choke itself to death by being tangled up in a chain. Nobody paid much attention to it, even though it'd be yipping and begging for a minute of your time. We used the dog like a garbage disposal, taking our table scraps out, all mixed together in a kind of soppy bread slop and just dumped it in an old dirty dish. The thing is we got very few complaints because the average brute dog in those days would wolf it down practically in mid air.

I saw enough sickening dog antics to turn me off forever, but I've softened up quite a bit in later years and now have a great deal of compassion for dogs. This is something I've come to, dogs are intelligent, sensitive creatures -- I could almost say beings. They know how to love and they truly are man's best friend, no question about it.

Today is the seventh anniversary of the terrible attacks of September 11, 2001. Our nation observes the anniversary. We will not forget, but also we must not dwell on it.
Posted by dbkundalini at 4:37 AM