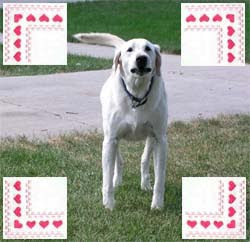 I call it the cornered dog syndrome, the feelings and reactions exhibited by the major industrial powers in response to the successes of the Residential Industrial Movement (RIM).

Why do I call it that? Because that's the way I see it! I'm sorry if it offends anyone!

One thing I'm not here to do is try to smooth away the rough edges of life so that no one's offended. Naturally I have creature feelings like anyone else. I don't like to see unnecessary suffering and pain. I'm able to see things from other men's point of view and put myself in their shoes, as it were. My tendency is always to alleviate as much pain and discomfort as I can, just in the normal course of life and the options it presents me.

But there are certain instances -- and this is one of them -- where I would say a man has made his bed, let him lie in it! This is one of those times, as I respond to the complaints and cavilings of the major industrial powers. They had their day -- and as I recall they didn't have any feelings for anyone else at the time. When they had the power, and of course they haven't been entirely quashed yet, they weren't reluctant to use it and capitalize on their advantage, the rest of us be d---ed!

Now, with the successes of the RIM, they've been sidelined, in many cases. And with various companies being shuttered, or bought out by RIM members, so many of these once proud executives -- the upper crust -- have found themselves quite at loose ends, unable to make heads or tails of their situation, alone and forlorn, beset with worries and grief, buffeted and battered by the strong winds of sore misfortune, kicked to the curb, and unemployed. It doesn't make for a pretty picture, at least from their point of view.

So, naturally, they're in a position, hopefully not to accomplish that much, but to lash out feverishly with whatever they've got to try to reverse their standing. They're pulling out all the stops, a typical tactic of the desperate. They're decrying their sad lot, blaming their misfortunes on others, and, I would guess, going behind our backs quite a bit, trying to reverse things behind the scenes. It's probably no secret that they'd love to spring a trap on us and find themselves suddenly once again on the top looking down. They'd love to regain their position, then add additional safeguards to make sure they kept their standing.

Anyway, I call it the cornered dog syndrome. Whether you've seen a dog literally cornered or you've just heard of it, you know the picture. A dog -- maybe he was the head of the pack -- is present. Thanks to his nature, the dog has a lot of wolf blood coursing through his veins. I'm looking down at Underbrush right now. She's lying there, very sweet, but her look is deceptive. If it came down to her survival, like if I turned out to be an abusive pet owner, which I won't, she wouldn't hesitate to take out my jugular vein if I threatened her mortally. And, to be honest, I'd also probably bite her head off if it meant the last piece of meat either of us would see for a month.

A cornered dog, then, is slightly different. But it's easy to see a dog might be cornered in a corner or by circumstances. Circumstances can vary widely, but corners are corners, so let's limit ourselves for the sake of this explanation to actual corners. The dog is in a corner. You're standing there threateningly, limiting his ability to escape. You're looming large. Perhaps your shadow is as menacing as your body. You've got your hands up like Nosferatu. There's some kind of unsavory blood/saliva mix dripping from your mouth. The dog can see your eyes aflame. Put it all together, as far as the dog knows you might be a Republican. Of course he's going to feel threatened.

How does a cornered dog react? By barking, snarling, clawing, showing his own teeth, and, eventually, he will make his move to leave the corner ... by any means!

Fellow RIM members, let's keep an eye on the major industrialists! Let us not simply luxuriate lazily in our own successes and prosperity. Let us know there are those who would still take it all away from us, and that there are those who have an evil eye out for us. These cornered dogs ... they're still very dangerous, until, at long last, we finally put them ... to sleep.
Posted by dbkundalini at 6:37 AM