In My Depression, I Bought Old Utility Bills 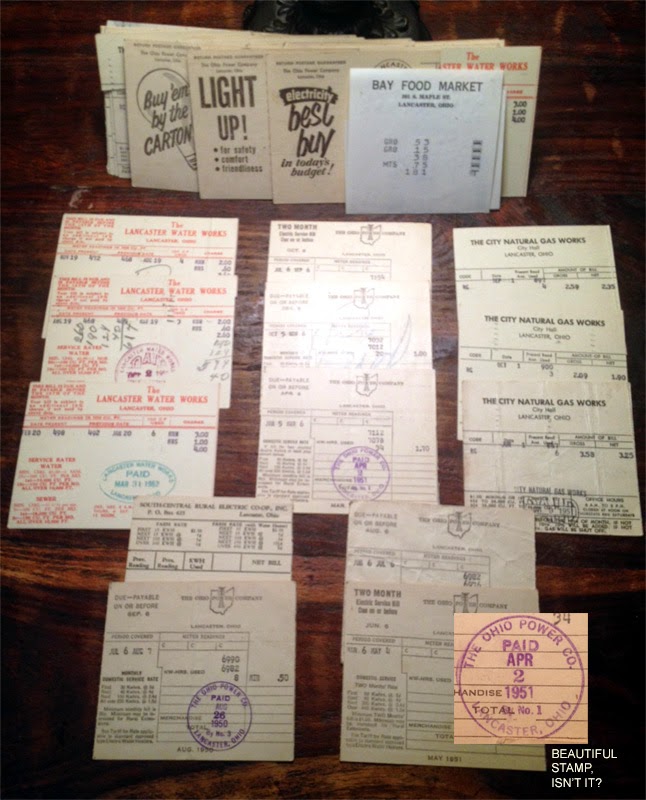 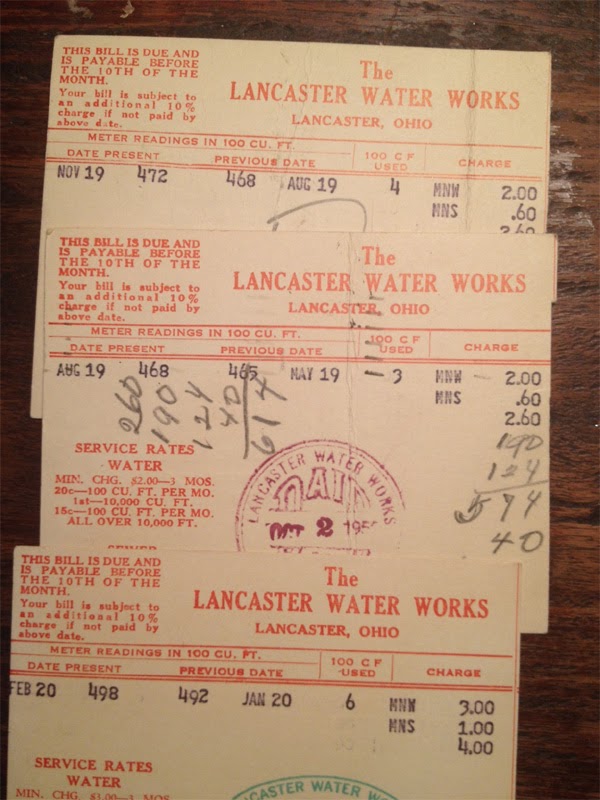 I was really feeling terrible, down, irritated, and depressed, a little over a week ago. I don't know what hit me, except my biorhythms have been completely out of whack. I hate to admit it, but this one guy told me it helps to "get it out," his exact words.

Well, you probably don't have to be a therapist -- and he's only an armchair therapist, a Monday morning counselor -- to know what people do when they get depressed. There's several things, ranging from severe acting out against yourself, which I don't do, to going crazy shopping. I'm more apt to do that, even though I rationally know I have everything I need, and seriously need to get rid of some stuff. I just keep putting it off till tomorrow.

In this case I was too depressed to go shopping downtown. Afraid the guys downtown would razz me for my ratty bathrobe, I guess ... again, "getting it out." So I turned to the next best thing ... no, not Amazon.com. Not this time! I checked in with eBay. Particularly looking for something that would make me think of the old days. I think that's what I had in mind. I like to see old movies, of the world gone by, no internet, cell phones, back when people lived in black and white and smoked like crazy.

This time, though, I didn't get movies. I found some guy's very unusual listing for some old electric, natural gas, and water bills from the early '50s from some town (little? big?) in Ohio, Lancaster. I thought, There's something you don't see everyday! Someone's old bills! The folks' water bill postmarked Sept. 29, 1950, was only $2.00, with sewage billed at 60 cents. Very cheap! Their two month electric bill (July 6-Sept 6) was the minimum charge of $1.00. Natural gas from the same period was $1.60 gross and $1.45 net. It goes on like that for the whole stack of bills I got!

When I bought these, my biggest high was the bidding war with three other people. But when my life and mental well-being's on the line, I cannot be denied. I kept topping the other guys, finally plugging in $200 with about 3 minutes to go. They were feverishly adding to their bids, but naturally no one thinks you're going to have that high of a maximum bid. So I got them for a little under $60, a real coup! Or so I thought at the time. By the time they got here my depression was gone, and now I don't know what to do with them.

The big plan was to categorize them, chart them out, etc., but the charges are so steady across the line that to chart them doesn't prove very much, if anything. Plus, even if it did prove something, it wouldn't prove very much, nothing worth knowing, in all probability. Still, they're kind of cool, in a way. They're actually someone's bills (receipts for bills) from the early 1950s, but what good they really are, I'm starting to think they're not that great.

What I might try to do -- wish me luck! -- is call the Lancaster utilities and dispute one of the bills. I could say we were overcharged in October-November 1951, since we were away on vacation then, and we had called in to turn off the service. But we paid the bill just by habit, and now I realize they had made a mistake. It's likely the utilities threw away their copies, so they'll have to take my word for it. They'll see the total's under $5.00. Little do they realize, though, I'm compounding interest on what's due, meaning they owe me $58,978!