She Said She Was Down to Her Last $3 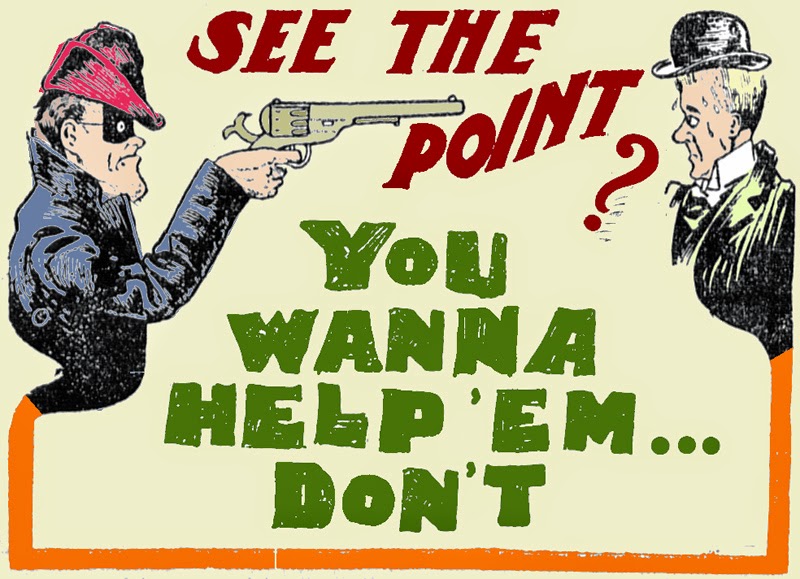 There's been a rash of homicides in my town lately. I live in a quaint little burg, not exactly the murder capital of the world. The place is so small, when someone gets murdered it's still front page news. Then over the next few weeks, we're treated to every lurid detail, over and over, along with the official police statement of "No comment."

The last two or three have had a common theme. Not drugs, not a break-in, not a crime of passion. The victim had taken it upon themselves to invite the (alleged) perpetrator into their home to stay. The person was at their wit's end, it seems, casting about for somewhere to stay, for some blessed soul to say "Yes." And this very helpful person was the one.

I know something about this in my own life, even though it's very limited. Once over 40 years ago I let some guys I met hitchhiking stay overnight at my place. I even slept on the couch and gave them my bed. I slept well and didn't worry about a thing. Morning came, they got up, and left. Now, today, the same scenario would've ended with me in a pool of blood, a knife through my heart, and "PIGS" scrawled on the wall in blood, in a very gnarly font.

I believe it's still good to be helpful. If someone comes to you -- usually wild-eyed, super creepy, talking crazily, although they could be just normal-eyed, not creepy, and talking pleasantly -- wanting a place to stay, the best response is some version of "No." Along with general directions to the nearest shelter, bridge, campground, or city limits. Whatever they say about staying with you, put them off till they finally get the message. These killers are brutal.

If you invite them in, I can see how things would build over a week or so. You'd probably be quite safe the first night. They're just grateful for a place, and you're feeling pleasant. But by the end of the first week, they're busy thinking, "Why isn't this my place? I deserve more." And you're putting off a less pleasant vibe too, still being helpful but with a passive-aggressive "Why don't you leave?" tone in your voice.

He or she (and the suspects in the last two cases I know of have been women) already thinks the whole world's against them, and now they're not so happy with you. So they test you one last time. "I'm down to my last three bucks, three measly dollars!" she complains, moving the apricots sullenly in her dish before putting one in her mouth, then looking up. You don't know what to say, as you move your own apricots, having lost what little appetite you thought you had. "Well, I'm sure things will pick up," you finally say, trailing off.

OK, the whole subject is dropped. Until you have to go to the bathroom and you pointedly take your purse with you. And perhaps roll the safe out as well. I hate to say what happens next, except to say this is where you become the victim of blessed memory.

I too have the natural instinct to want to help. But these are crazy days. Without getting into a whole sociological rundown of society today -- video games, the lust for possessions, and general orneriness that demands to be sated -- I'd rather take my chance with a rabid dog, a hungry lion, or King Kong himself than one of my fellow human beings. Of course I'm personally a nice guy. If I were to stay at your house, I know you'd be safe from me. But I might not feel safe from you. I know if you said something about being down to your last three bucks I'd be gone.

Anyway, the killer strikes, then disappears, hits the road, goes somewhere else. Then it comes out in the paper. Complete with a picture of the outside of your house. Everyone's imagination is free to wonder what was going on in those four walls. Both the victim and the alleged killer walked through that very door... What else happened, we don't know. But whatever it was, it obviously wasn't very good.

The bottom line is, If you wanna help, don't! Run, don't walk! Get the hell out of there!
Posted by dbkundalini at 8:01 PM