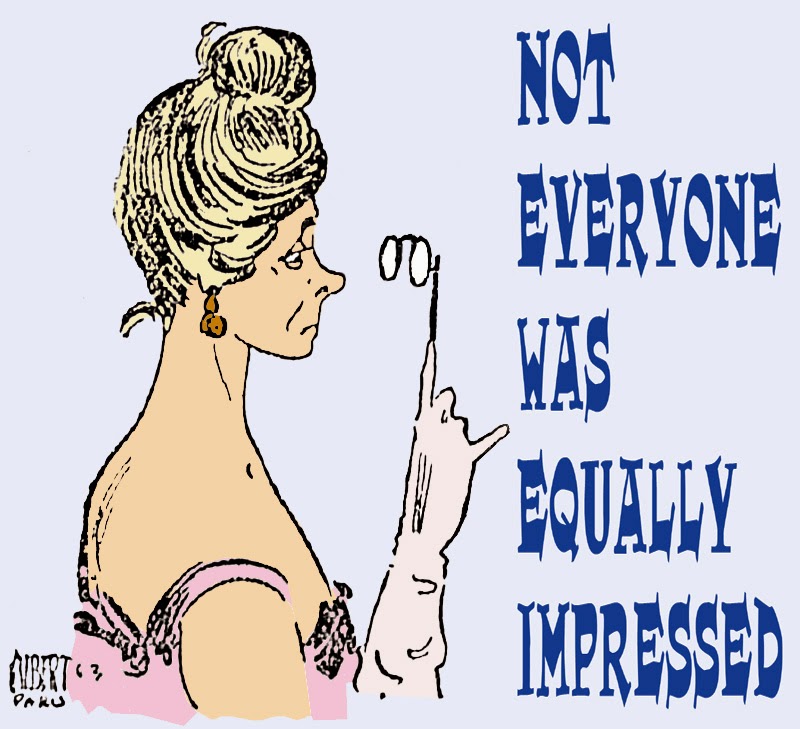 I suppose it's the world's oldest cliche, that a family like mine, cursed as it is to occasionally be together, would have troubles sharing a Thanksgiving meal. Truth is, we suffered through it, but survived.

It's actually been a while since we attempted it. Holidays have a way of going sour -- normal people know that -- but when there's a lifetime of grudges, deep jealousies, various resentments, and painful failures, plus this, that, and the other person simply doesn't get along, things get ugly, then uglier. The good news in the long run is I'll save money, since I've been paying the last couple times...

I'll just admit it, overall my family's been financially embarrassed. Various ones have been taken in by schemes over the years, risky ventures, and threw away their money. A lot of the resentments are rooted there. My Aunt Lois thought she had a big future in aquarium stores, for example, opened one and threatened to open another, and her money was lost forever. No doubt you've heard of the problem fish have with "ich," a disease. It was especially bad between 1970-1972, as I'll never forget. To this day Lois hates fish, the raw ones swimming or the dead ones cooked.

Like I said, I've been paying the bill. I've had two good steady sources of income. The disability I get from my game toe. And the money I make off this blog. I get a pretty good traffic stream. And a few of my posts have "Google Ads," which have been a real goldmine for me. I give 10% to this allegedly shady home for crippled children, whose only activity (6 days a week with a strict Sabbath) is clicking my ads. The kids are wasting away, they say, but their clicking hands are enormous, muscular. You wouldn't want them to get a hold of you. Just keep your distance.

Anyway, the family's behavior hasn't improved a bit since our last meal three years ago. We arrived and I went around and gave everyone a handshake or kiss on the cheek when we got there, ever the optimist. "Blessed are the peacemakers." But jealousy immediately raised its ugly head, since a few thought they saw favoritism in who I started with and how long I lingered. And it was more trouble when someone said I rolled my eyes as the accusations began. It's been this way as long as I can remember: Rolling your eyes is the Original Sin that even blood can't atone for.

The restaurant, I should say, was a fancy one. A nice big round table, the classiest folks, a buffet with heated silver food servers, deserts made by professional chefs in the finest tall hats, parsley and other greens scattered aesthetically between the entrees, and flowers. The gravy was delicious, pineapple was spread out in big chunks, and there was literally a mountain of cold shrimp. At $25 a pop and an automatic $45 tip for the table, you know it had to be good. 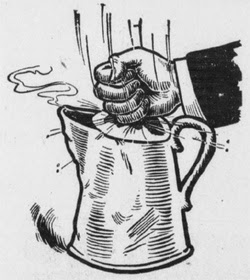 Everyone got their meal and the shenanigans began. Any word not spoken clearly enough or loudly enough was about me, it was assumed. Someone's tight-lipped over here, and that's not wisdom but standoffishness. I saw some unwisely looking up and motioning with their heads at someone else. A comment about the food taken or how big the portions were was veiled criticism. When a couple of drinks -- coffee and water -- were spilled, it could've only been intentional, with eyes rolling in response. The baby urped and someone said, "He's never liked me." It was wondered aloud what you were talking about when I was away from the table. Pretty soon voices were loud enough for everyone to hear, with various accusations being flung about, now enunciated clearly, no ambiguity. Our circle was deserving of the stares we got from across the room. The crowning moment, bringing silence to the entire place, was when Uncle Barnes crushed an aluminum teapot in frustration, or just for the hell of it.

Some of the talk went back to the aquarium store days. Which is a coincidence, because just the other day I was in the pet store -- true story -- and I had that temptation a guy always gets to buy an aquarium. Then you start thinking of all the bad things that'll happen. Ich, cleaning the damned thing, fish dying, and all the money -- tons of money -- you'll waste on it. And how you eventually end up with a dry, dirty aquarium with dirty fluorescent blue rock piled up in one of the corners. Someone from the family comes over, goes to the garage to get a box for something, sees the aquarium and kicks a hole in it. Now there's glass everywhere and the carcass form of the rotten thing sets there forever.
Posted by dbkundalini at 10:03 AM