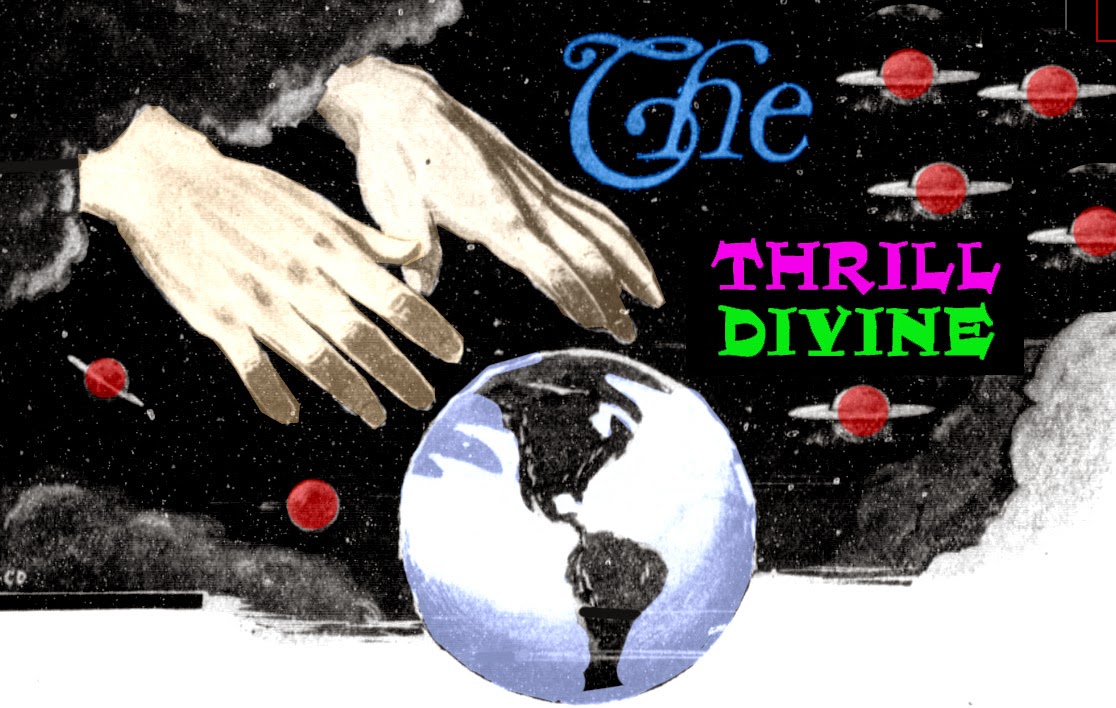 "This is that once in a lifetime,
this is the thrill divine."
"Again" by Lionel Newman and Dorcas Cochran

The great song, "Again," tells in lovely lyrics that the thrill divine is a once in a lifetime experience. At first look, we might say once in a lifetime isn't very many. But upon reflection, we can say, at least we had that one chance!

Assuming you realize the thrill when it's there. Presumably you would, since it is "the thrill divine." What kind of divine thrill would it be if you totally missed it? Although it's easy to imagine cases in which the person, be he drunk or something, might miss it. If it's indeed "once in a lifetime," you should've been ready...

On the other hand, the song doesn't say everyone's entitled to the "once in a lifetime" experience. It strikes me, rather, as a serendipitous thing, like the coming together of two lovers who suddenly experience the thrill divine. No fumbling with straps, no bushwhackers, just greatness and intensity they'll treasure forever.

I don't hold to the notion that it has to be only once in a lifetime. I think the thrill divine can happen often, and in experiences broader than love and sex. I'm saying your life can become completely immersed, drenched, enfolded, and wrapped in the thrill divine.

Yogis, gurus, holy men of old, and even today -- a man I know locally, Pastor Wadd -- have been touched by the thrill divine. My guess is this, that they're actually all over town, the countryside, and around the world. But probably not all of them want to be known.

I can see myself very secretive of the thrill divine. I wouldn't want anyone to dissect me and look for things wrong with me to explain it, blood vessel strictures, high sodium, low sodium, or brain tumors. As long as it's truly the thrill divine, I don't care what causes it.

I can envision a time -- maybe closer than you think -- when the thrill divine springs up everywhere. Little children with more visions than usual, old men dreaming dreams, etc., the thrill divine constantly hitting us. It might even be on the news! "Ten more great outbreaks of the thrill divine in the metro, details at 6." Then you catch a glimpse of the anchor as they're going to commercial. His eyes roll back in his head, the thrill divine hits, and when they come back he's gone.

Say, though, the thrill divine is happening all over the countryside, like tornadoes. We have tornado chasers, bringing us videos of tornadoes. They're just chasing wind, twirling, swirling wind, which we've seen a million times.

But if we had the thrill divine chasers, we could see euphoria on earth. So many people knowing the thrill divine -- and in the strangest ways -- others would want it too. You see this guy's cabin, and he's at the window, a big beatific look on his face, eyes rolled back, hair in an aura of non-consuming fire, etc., and people are amazed. How did that happen? It was the thrill divine!

Let's picture me as a thrill divine chaser. I'm like the storm chasers, with all the usual excitement. The thrill divine's at the Jenkins' place! His chimney's glowing, supernal photons are streaming out, old man Jenkins himself is on top of the barn, one with the clouds. Someone get over there! Assure him it's the thrill divine, and he'll have it on the ground too.

I have to tell someone! "Friends," I'm talking on a special radio broadcast, "We've had 44 known thrills divine just today in the central region. The key thing is no one's being left out. It's spread over the entire spectrum of traditions, and even those with none. If you're listening to this broadcast and the thrill divine hits you, do not be overly concerned. Enjoy it."
Posted by dbkundalini at 1:41 PM