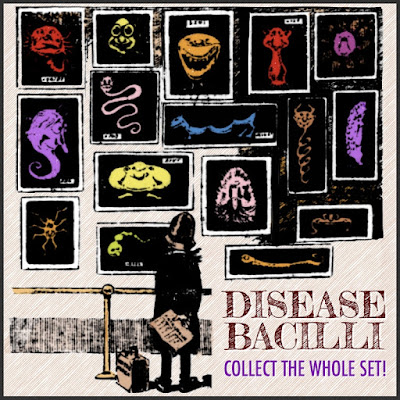 I may as well confess, it’s been a long time since I did coursework in bacteriology and immunology. But when I did it -- a solid 10 semesters plus a half-page essay -- I was good. I went from bar to bar and party to party and never caught a thing, truly while having my way with the best and worst of them. You might remember my thesis: "If We Can't See It, It Ain't There -- Why Is Society So Damned Stupid?"

Of course I knew that viruses are real. One particularly bad strain of pneumococcus was going around and I followed the directions to a T: “Put a banana peel in your shorts before the party.” Nothing vague about it. That was the year the banana flu killed virtually an entire generation. My saving grace was I had the caution to wrap the peel in plastic. I needed it to keep my shorts clean, but it also kept the fatal absorption in my tender undercarriage at a harmless minimum, sparing my life while leaving me in the hospital until a healthier shipment of bananas arrived from down south. Now I’m immune.

It’s really an exciting field to be in, getting the latest lowdown on disease bacilli, especially if you load up on life insurance. I had my entire family as beneficiaries, and you wouldn’t believe the various strains they were setting by my napkin at the dinner table. But I remained well-read on the subject and thwarted all murder attempts. I developed such a confidence that I could tell you precisely how much of the most dangerous things you could eat and keep in your stomach till they needed to be expelled to save your life. But all fun things come to an end, like when friends try to go for the world record and end up dying. Unfortunately, I was never their beneficiary, keeping me as poor as ever.

These days, now that I’m much older, it’s harder to keep up on the latest specimens and research. But I keep up on it as much as I can. See the one that looks like a purple seahorse? It looks fairly benign, but it’s as dangerous as they get. Then look at the large-mouth orange blob at the top. Looks like it might eat you alive, but it’s relatively harmless, living on dandruff! So just comb your hair near it and it’s your friend for life. But let’s say you’re one of those unfortunate people without dandruff. That angers it and it’ll crawl up your nose. But don’t fret quite yet. A friend with dandruff can still save you, although, absent a friend, it explodes in 10 seconds and goodbye head.

Looking around the gallery I’m filled with lots of memories. They’re not all dangerous, you know, if you catch them out of season, if you don’t breathe too heavily, and if you have a lucky charm, like one of those pennies that’s smashed into a Lord’s Prayer. Anything like that, while not foolproof in saving you, is still better than nothing. As you’re passing on -- just like with our current virus -- the prayer and a touch of faith might keep you from burning. But your time on earth is certainly over.
Posted by dbkundalini at 6:00 AM