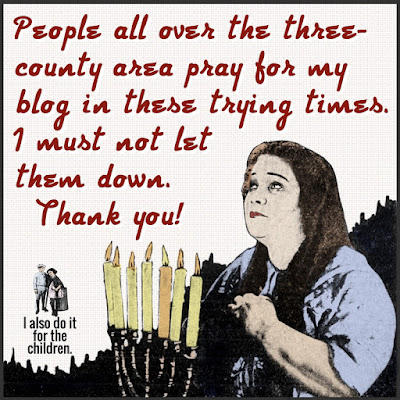 These viral times are indeed trying times. I went out to mow my yard for the first time since winter and it took 30 pulls at the handle, nearly to no avail till, finally, it turned over and started. I was starting to sweat from embarrassment, not wanting the neighbors to see me in such a state of futility. Then there’s the virus, and children perhaps in all kinds of trouble, I don't know the full extent of the danger, but, forget about it, it's not good.

But it's not all bad. I give thanks for my neighbor, one of the Pavlona sisters from the old country. She used to travel quite a ways, not just around the three county area but out in the pretty far flung areas in a carriage. Her dad was one of the good old traveling minstrel types who could con the gullible out of their life savings, a fascinating thing. So Marie's one of the few neighbors I trust intrinsically, because she was totally upfront about her scheming thieving past and said indeed it was past. I put a 5 dollar bill on my dresser once in a while to test her, but of course she’s on to that old ruse.

These are the people, some of the neighbors -- the children and Marie Pavlona -- I have in my heart in these depressing days of this terrible virus. The children, naturally I want them to walk freely and to run and play freely. And Marie, she holds me in her prayers, she says, and someone with such a checkered past, if she says she’s praying for me, I believe it. That’s really the way it goes with folks like her. They may lie through their teeth when it comes to conning someone, but when they’re your friend they’re as good as gold. And kids can be the same way, usually conniving little monsters, but these kids, her extended family -- they’ve had nothing for so long -- they’re simply good. But offer one of them a fudge brownie and you better have one for the others! Fudge brownies are always a hit.

I mention all these children and Marie not so much for their own goodness, etc., but to soften up my image for you the readers. A few of you, according to the comments, think I appear to be “cold and aloof," I guess when it comes to stuff like that, and things about the virus, which I do take seriously. I have a mask, true story. And I want to assure you and put your mind to ease that I’m really an old softie. Which you about have to be when east European Roma are your friends; they’ll do anything for you. And then, naturally, the kids, every one a born thief but lovable as pumpkin pie.

Anyway, in these sad days of the virus -- dire days! -- it’s good to keep your friends close, etc., and look out for one another. Remembering, it should be remembered, to wash your hands and use about a gallon of antiseptic on everything they touch. It’s actually better to keep the kids outside or at least at arm's distance, wiping down any touched surface and all the rest to keep them from infecting me. These are things I’ve learned at the grocery store, which just recently put up an industrial strength plexiglass wall between the cashier and the customer. Prayers for them too.
Posted by dbkundalini at 6:00 AM